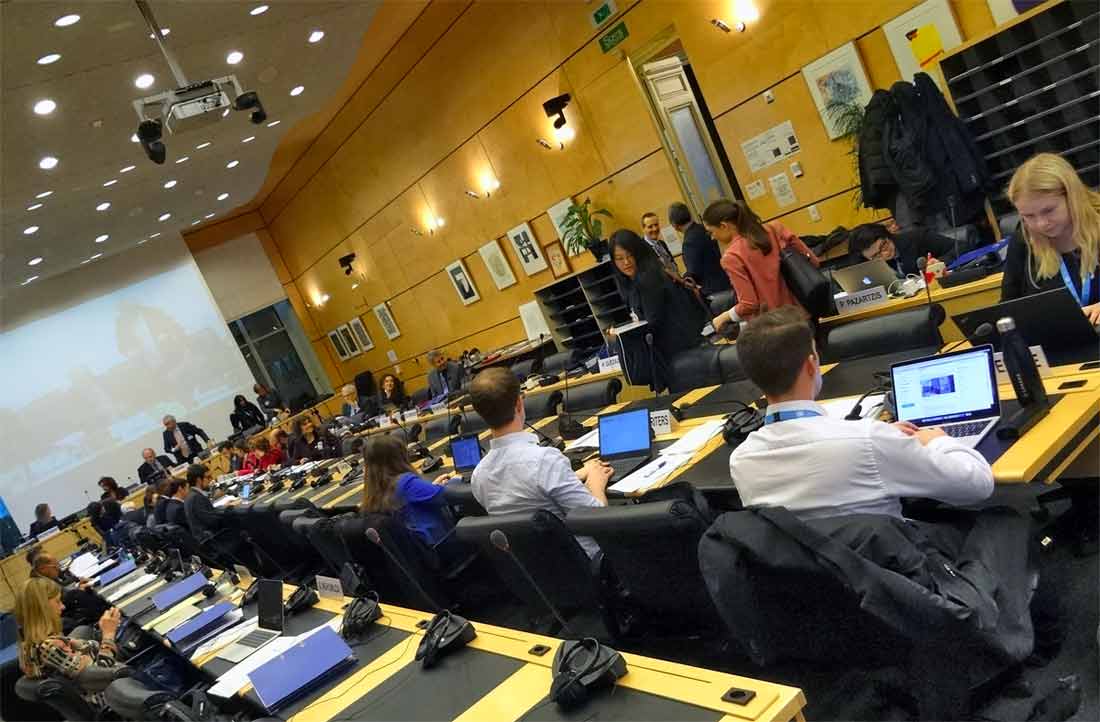 This week, the UN Human Rights Committee (HRCttee) as the Treaty body monitoring the implementation of the International Covenant on Civil and Political Rights (CCPR) is examining the human rights record of Portugal during its 128th Session in Geneva, transmitted LIVE on webtv.un.org and now archived at webtv.un.org: Session 1 | Session 2

A thematic intersex NGO report (PDF, 609 kb) and an Oral NGO Statement (PDF) byStopIGM.org prove that IGM continues in Portugal with impunity – despite that Portugal claims a new Law No. 38/2018 “on gender identity” would prohibit and prevent involuntary, unnecessary surgery on intersex children, and despite a previous reprimand by CRC.

“Still on the issue of discrimination, I come to a category of people that has not yet been mentioned, namely LGBT and intersex people. So I very much appreciate the answer provided in the state report, which shows that the legislation has changed a great deal in 2018 and is rightly presented, it seems to me, as one of the most protective in the world and one of the best in the world in terms of the situation of people, particularly intersex people.

However, NGOs working on this issue and associations of intersex people continue to deplore certain shortcomings or deficiencies in the law, and in particular I will give you some of them on which I would like to have the delegation’s reaction, in particular the fact that the law does not criminalise genital mutilation, the law does not guarantee access for victims, and we have just mentioned access to courts, effective access to courts, but above all access to reparation, so what are your feelings on this reform that has been carried out, perhaps the improvements that could be made to this law of 2018?”

“I’m basically going to be answering the questions from Madame Tigroudja. The first has to do with intersex people in Portugal and the implementation of this new law from 2018. In art. 5 of that law, art. 5 says, that apart from a risk for the individual, these surgical interventions, pharmacological and other interventions, which involve any changes to the body and the sexual characteristics of the intersex individual and also as a minor cannot be carried out until their gender identity is made manifest.

Portugal would like to say that the national health service some intersex interventions have deemed to be genital mutilation in 2019 and submitted in June last year we had the first health strategy for lesbian, gay, bisexual individuals, trans and intersex individuals drawn up by the director general for health with a great deal of corporation from 7 associations which in that support LGBTI persons and individuals, this strategy devoted its first volume to promote trans and intersex health. I don’t know if I’d answered your question.”

“The second question relates to intersex health, so again, the legal framework has obviously evolved in a very positive direction, but my question is this: is there a criminalisation, for example, of genital mutilation that can be practised on intersex children?”

10:05 (Video @ 0:03:14): Delegation member Mr. Fernando Tainhas (Ministry of Justice, Adviser to the Minister) answers on “female genital mutilation” on “intersex minors”, claims surgery is “prohibited” unless there is a “risk to the health of the individual”, but admits no criminalisation in “gender identity law”, refers to anti-FGM legislation Art. 144 2(b) of the Portuguese Criminal Code.

“Miss Tigroudja asked a very pertinent question whether or not Portuguese law foresees the criminalisation of female genital mutilation when it comes to intersex minors. There is not a specific rule on that subject but behaviour of that nature is considered as a serious attack on physical integrity, art. 144 2(b). The gender identity law was amended in 2018, it doesn’t specifically criminalise such behaviour … [translator interrupts to ask to speak directly into the microphone]. So, in 2018 the gender identity act was amended, but it did not specifically criminalise that kind of behaviour, but it did prohibit operations except in cases where there is a risk to the health of the individual. So, it’s criminalised under art. 144 2(b) of the Criminal Code.”