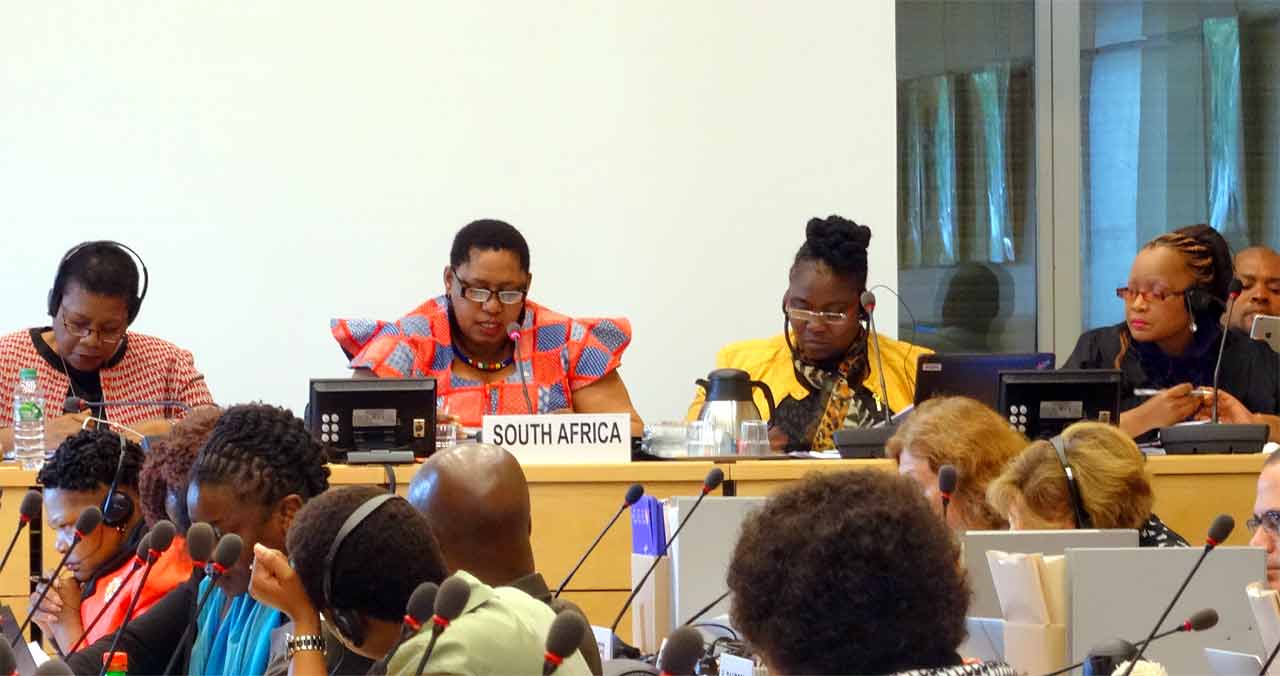 During its 73rd Session, the UN Committee on the Rights of the Child (CRC) investigated Intersex Genital Mutilations in New Zealand and South Africa, expertly questioning both delegations.

Since 2015, CRC has consistently recognised IGM as a “harmful practice” (like FGM) in breach of Art. 24(3) of the Convention.

StopIGM.org is again expecting stern reprimands for both states in the “Concluding Observations” to be published by the Committee later today, marking

After evidence and testimony, UN acts

StopIGM.org and South African and New Zealand intersex advocates, NGOs and NHRIs including Legal Resources Centre, Iranti-org, Gender DynamiX, ITANZ Intersex Awareness New Zealand and the NZ Human Rights Commission provided the Committee with evidence of the ongoing practice in both countries, resulting in repeated questions by Committee experts during the interactive dialogue in Geneva, including on New Zealand sending intersex children overseas to RCH Melbourne for non-consensual genital surgeries.

Answering for New Zealand, Dr Pat Tuohy, paediatrician and Chief Adviser of the Ministry of Health, went down the well-trodden path of denial and pinkwashing, claiming “no surgery from 2006” while at the same time patently “confusing” involuntary intersex surgery and “gender assignment surgery”. >>> Full Transcript

“I think as a government we do recognise that being intersex is a sexual characteristic and not a medical condition, but at the same time we recognise that there are still practices where newborns and young children are being, surgeries are performed on them which are harmful. So we are now beginning a process in its early stages, to acknowledging that it’s happening, to engage with universities, particularly the university children’s clinics and other medical practitioners around the fact that this is not a medical condition, that surgeries performed at a very young stage are harmful and that it needs to stop.”  >>> Full Transcript