Scientific “marvels” nazi-eugenicists could only dream of are widespread reality today – e.g. selective (late term) abortions of intersex foetuses “undesirable from an eugenics standpoint” (Hans Christian Naujoks 1934) because of “hereditary diseases due to abnormal predispositions, including hypospadias, pseudohermaphroditism, intersexuality, cryptorchidism and epispadias” (Baur, Fischer, Lenz 1936) – in exponentially growing rates thanks to prenatal testing. Nonetheless, public debate of such “eugenic indications” is found lacking, with occasional exceptions proving the rule mainly zeroing in on trisomy 21.

However, human rights apply to hermaphrodites too! Therefore, this blog documents some facts & figures on eugenic intersex terminations.

The following is a ranking mainly of Switzerland (although the sources used include figures from many more countries): 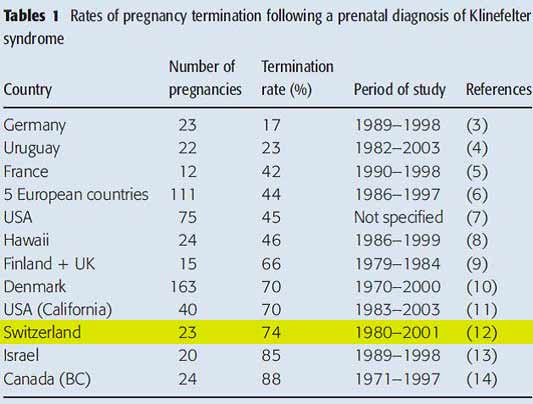 The “Eurocat Registry (“European registration of congenital abnormalities and twins”) provides data for a global registry, tellingly named “World Atlas of Birth Defects”. The current 2nd edition collects data from 1993-1998 e.g. on a rather obscure diagnosis called “Intermediate sex”, including a chart detailing termination figures and rates (PDF 13.9 MB –> p. 184). Zurich (Switzerland) shows an overall termination rate of 47%, and in 1998 scores second with 67%  – after Glasgow in Scotland (100%), and before Finland, Barcelona in Spain and Saxony-Anhalt in Germany 3rd (50% each). (Regarding the comparatively much lower figures it’s of importance to note that not all “intermediate sex” diagnoses can be made prenatally – often also after birth no specific genetic diagnosis can be determined.) 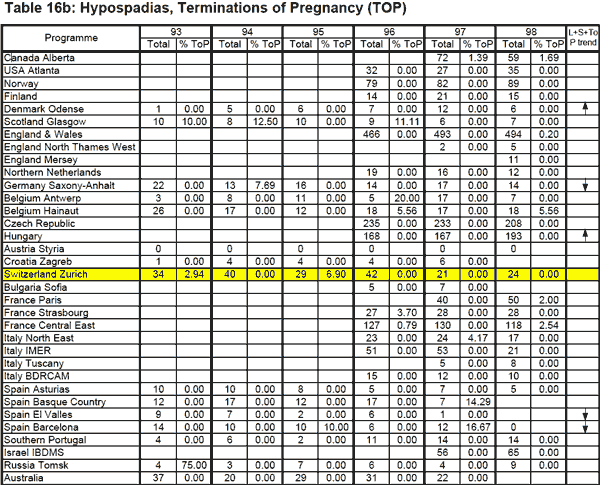 IGM on a Global Scale: 2015 Briefing for UN-CRC
• IGM: A Survivor’s Perspective • Intersex Movement History
• What are IGM Practices? • What are Variations of Sex Anatomy?
• IGM and Human Rights • Conclusion: IGM as a Harmful Practice
>>> Download PDF (3.14 MB)     >>> Table of Contents