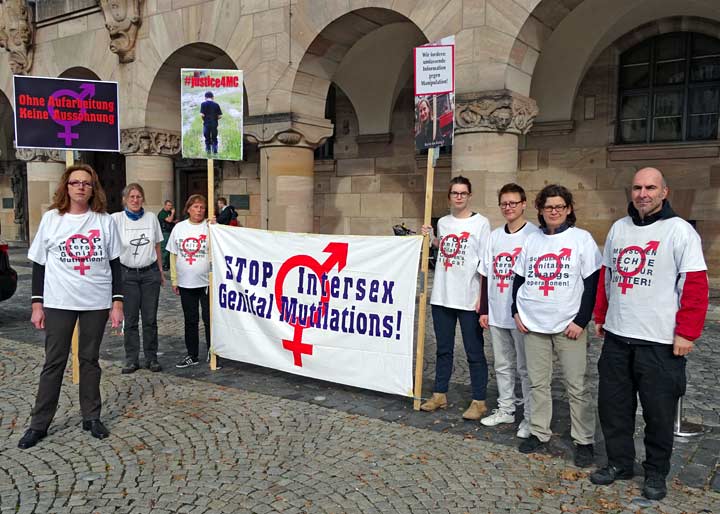 Today the Nuremberg State Court issued a first decision in the “Hermaphrodite Lawsuit” – and ruled the Erlangen University Clinic to pay damages and compensation to Michaela “Micha” Raab for non-consensual IGM treatments, including partial clitoris amputation, castration and imposition of hormones, according to a >>> Press Release by the Court (in German). The verdict can still be appealed, also the amount to be paid by the clinic is still to be determined in a forthcoming separate ruling.

Micha is suing the University Clinic and surgeon Prof. S. for 250,000 Euros in damages and a monthly pension of 1,600 Euros. The court now dismissed the case against the surgeon, arguing the lack of disclosure of the diagnosis, karyotype and treatment options was not his fault, but the responsibility of other doctors, and ruled the clinic would have to pay. 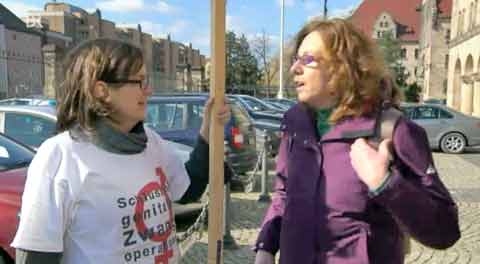 This is only the second case worldwide of a verdict against perpetrators of Intersex Genital Mutilations, and the very first time that an institution was found liable.

And it’s only the 4th case going before a court reported at all:

• In the well-publicised Cologne Hermaphrodite Lawsuit 2007-2009, Christiane Voelling won 100,000 Euros damages from her former surgeon Prof. L., who in vain tried to fight the ruling through all levels of jurisdiction.

• Currently, in Germany there’s also another civil suit ongoing in Munich, like Micha’s against a Bavarian clinic and individual IGM doctors.

All above cases concern non-consensual intersex treatments on adult persons.

• In the U.S. there’s currently yet another case pending, initiated by adoptive parents suing a South Carolina clinic, individual doctors and the state over IGM on a child while in care of the South Carolina Department of Social Services.

So far, no adult survivor of early childhood IGM practices ever managed to bring a civil case before a court, and no-one ever succeeded in pressing criminal charges at all.

This factual impunity of IGM perpetrators has been criticised by intersex advocates around the globe. Regarding lack of access to justice and redress for IGM survivors, the UN Committee against Torture (CAT) has so far reprimanded Germany, Switzerland, Austria, Denmark and Hong Kong, and the UN Committee on the Rights of the Child (CRC) Switzerland and Chile. The fight has just begun – so who’s next? 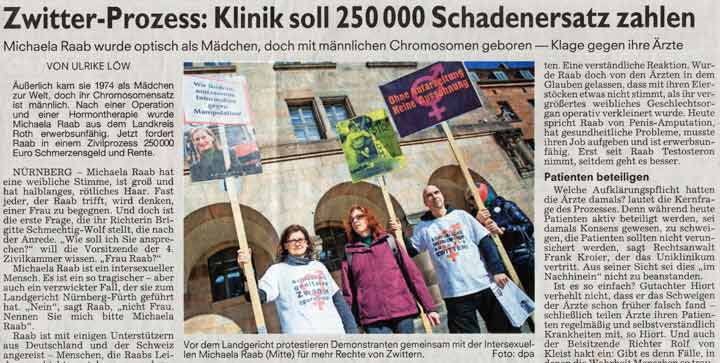