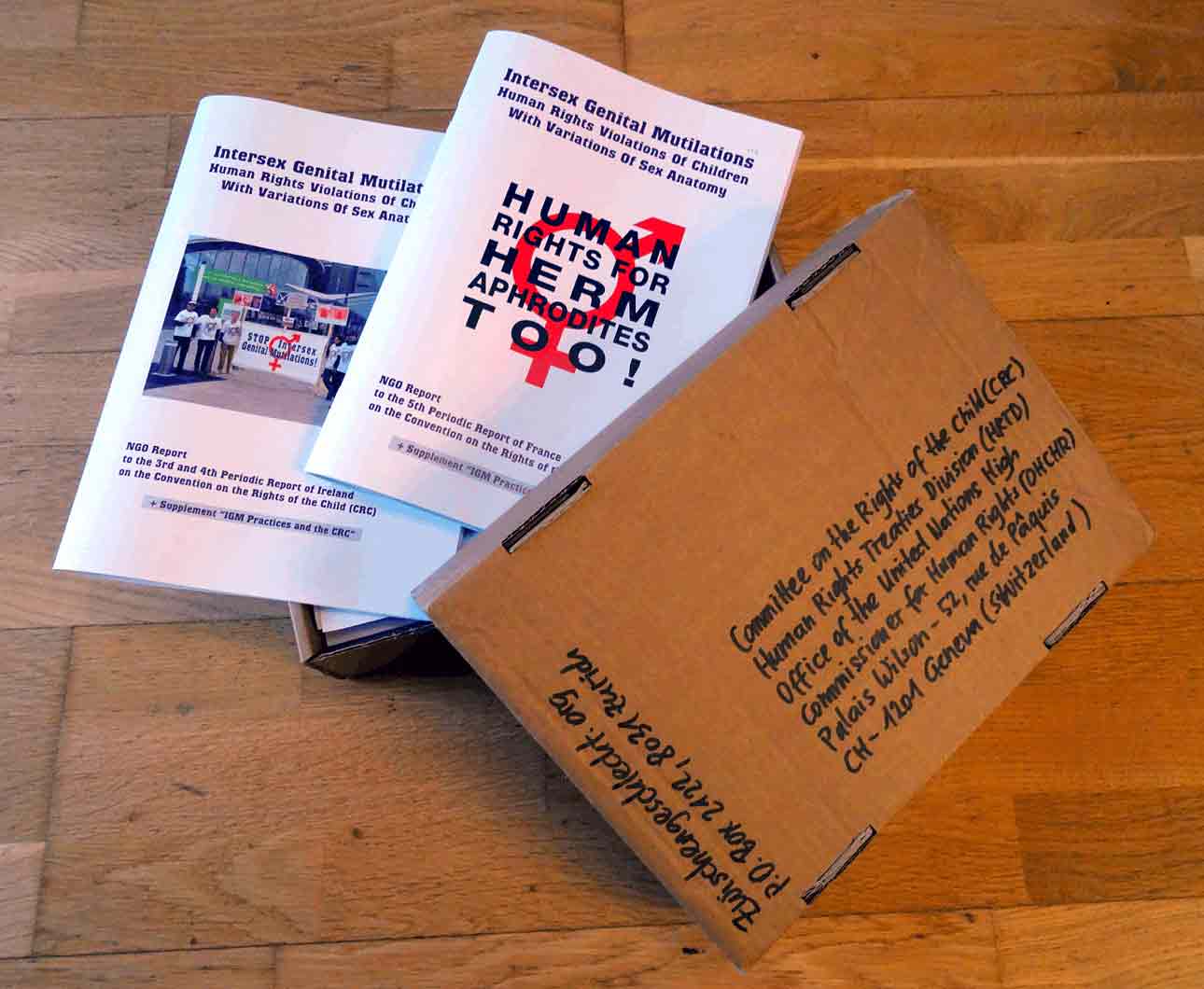 During its 71st Session, the UN Committee on the Rights of the Child (CRC) expertly questioned Ireland over non-consensual, medically unnecessary, irreversible, cometic genital surgeries and other harmful treatments of intersex children (in the vernacular also known as hermaphrodites), aimed at “correcting” their “atypical” reproductive anatomies.
>>> Intersex Genital Mutilations in Ireland (PDF)

The Irish delegation repeatedly denied the practice taking place in Ireland, despite ample evidence linking IGM practices to several Irish university children’s clinics and treatment guidelines by the HSE. In the end Minister Dr. James Reilly, referring to his own practical experience as a medical doctor, inadvertendly confirmed such treatments “very often” being carried out on “very young babies”.   >>> Session Transcript

An extensive thematic report to the Committee on the practice in Ireland filed by Irish IGM survivor and intersex human rights defender Gavan Coleman in collaboration with the international intersex NGO StopIGM.org, proved IGM practices being advocated and perpetrated all across Ireland, including by the Health Service Executive (HSE), the National Children’s Research Centre at Our Lady’s Children’s Hospital in Dublin, and the Cork University Children’s Hospital in Wilton. In a private meeting with the Committee’s Co-Rapporteurs for Ireland, Coleman and StopIGM.org also testified to the severe physical and psychological pain and suffering caused by Intersex Genital Mutilations in Ireland.

In addition to Ireland, during its 71st Session in Geneva the CRC also expertly investigated IGM in France, a state party infamous for impertinently advocating and perpetrating IGM practices internationally, and thus expected to be issued a particularly stern reprimand.
>>> Intersex Genital Mutilations in France (PDF)   >>> Session Transcript

In the past twelve months, the UN Committee on the Rights of the Child (CRC) has repeatedly criticised unnecessary intersex treatments as a Harmful Practice and thus comparable to Female Genital Mutilation, and has so far reprimanded Switzerland and Chile for failing to protect intersex children’s right to bodily integrity and to ensure equal access to remedies and justice for victims.