UPDATE: I was able to see the last slides of Eric Vilain’s actual ’I-DSD 2017’ presentation, including the one addressing possible prohibition of IGM, and I’m happy to report that the issue was dealt with rather matter-of-factly, with Eric Vilain stating that he was expecting prohibition to come, although he wished it wouldn’t.

“Setting the Scene”: Professor Eric Vilain (geneticist for all things D$D at University of California Los Angeles UCLA) has been appointed to deliver the opening lecture of ‘6th I-D$D 2017’ (with Prof Anders Juul, Department of Growth and Reproduction at The Juliane Marie Centre, Rigshospitalet, Copenhagen University Hospital, acting as Chair): 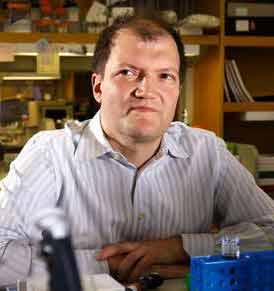 «By equating surgery with torture, some doctors argue, activists are further tying the hands of a medical community that is trying to carry on mutilating intersex children for scientific ‘progress’.

“This completely antagonizes the medical community. This is not progress, in my opinion,” Eric Vilain, professor of human genetics and pediatrics at UCLA, told […]. “It’s a tactic that’s likely to work, and it’s a tactic that will prevent us from actually carrying on mutilating intersex children for scientific ‘progress’.” »

There, fixed that for ya.

«In January, the United Nations released a report saying that sex-assignment surgeries on infants “lead to severe and life-long physical and mental pain and suffering and can amount to torture and ill-treatment”. Vilain and Sandberg worry that the language could alienate doctors and parents alike. “You’re basically calling doctors torturers when they’re doing something considered standard medical practice,” Vilain says. He points out that few medical procedures are governed by law — physicians tend to operate according to guidelines and principles. “I’m not opposed to guidelines, I’m opposed to things that completely prevent medical crimes on intersex children in an irreversible way,” he says. He and Sandberg also worry that legal bans could drive infant surgery underground. “Parents are scared. You just don’t dictate to them and say get over it,” Sandberg says.»

«Yet Vilain’s experiences with patient advocates have hardened him somewhat. “I call the ones who work with us advocates; those against us activists,” he says. He remains driven by questions about sex, even if it kicks up dust. “We’re trying to listen to the community, but by the same token we’re committed to carrying on with criminal human experimentation on intersex children for scientific ‘progress’.”»

– Eric “I’m not a torturer” Vilain

Please help reminding Eric Vilain and fellow IGM perps and accomplices in Copenhagen and everywhere that it is NOT OK to mutilate defenceless children!