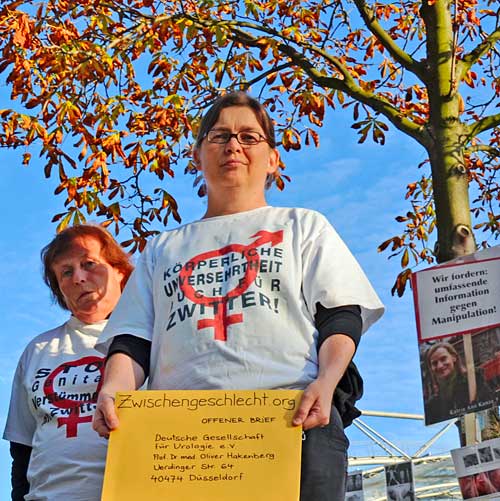 Unsurprisingly, for the 3 German Societies for Paediatric Endocrinology (DGKED), Paediatric Surgery (DGKCH), and Urology (DGU) taking the lead in the new guidelines, that means NOT finally ending Intersex Genital Mutilations – but merely “postponing” IGMs “until before or at puberty”, or “10 to 12 years”, after then allegedly having “obtained informed consent” from the “patients”, according to a German media release and interviews (rbb Kulturradio | Der Spiegel) on behalf on the guidelines consortium, in an obvious attempt to address the docs’ ever-increasing problem of mounting public criticism of IGMs.

Nonetheless, these proposed new German guidelines remain arguably by far the GREATEST concession EVER considered, let alone “voluntarily” announced to bring in effect, by ANY official perpetrators medical society – and arguably the first major victory of a burgeoning Intersex Social Movement systematically pressuring the doctors on all available levels, including ongoing nonviolent protests in front of relevant annual and other meetings of medical and other bodies involved in perpetrating and promoting IGMs. 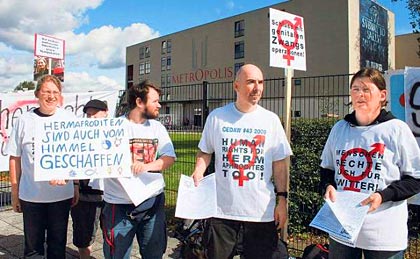 When Zwischengeschlecht.org / StopIGM.org started out to become an international Human Rights NGO in 2007, soon organising our first nonviolent protest on occasion of the first day in court of an Intersex Genital Mutilator in Cologne (Germany), sued by survivor Christiane Völling (who in the end won € 100.000,- damages), it was under the clear premise, if doctors would voluntarily stop mutilating intersex children just because survivors asked them to, they would have done so 20 years ago. 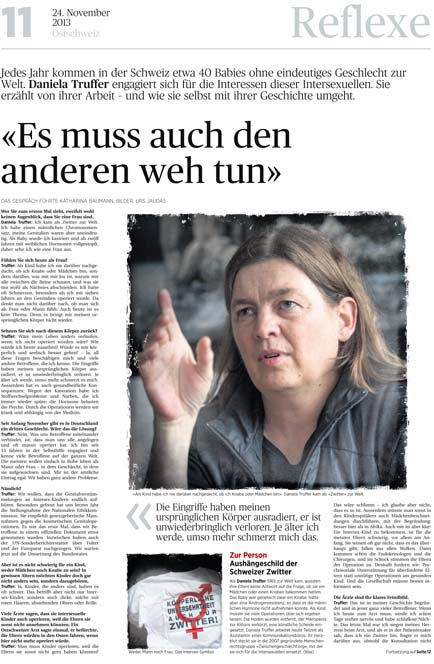 Some hundred nonviolent protests, media interviews, public debates, parliamentary questions, NGO reports, and so on later, and after the “ground-breaking” recommendations by the Swiss National Ethic Committe NEK-CNE in 2012, when for the first time an official national body recognised the imminent need of legal review to effectively end IGMs, the proposed new German guidelines stress again how, at the end of the day, a “social movement style” systematic and coordinated effort on all levels, combining public pressure, mass media presence, local, state, and federal parliament pressure, pressure by international human rights bodies, and last but not least ongoing public nonviolent protests – is together most effective in achieving actual change – also when it comes to directly pressuring the perpetrators themselves. 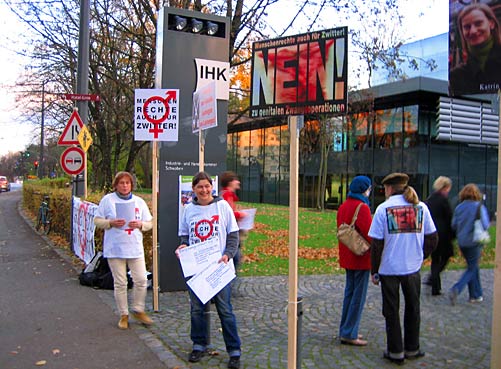 While from an activist’s perspective the scale of the then and current nonviolent intersex protests can hardly be considered as “massive”, obviously for the bad conscience of the perpetrators such protests are still sufficiently triggering every time they are unmistakably called on the illegality and human rights breaches of medically unnecessary and non-consenual Intersex Genital Mutilations, and get publicly noticed. 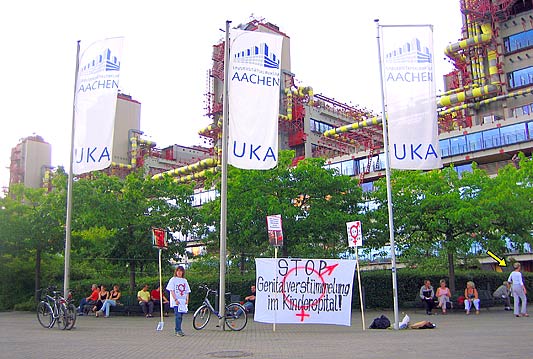 However, as the proposed new German D$D guidelines show, still a lot more continuous and coordinated pressure on all levels will be needed to eventually end Intersex Genital Mutilations not only in Germany, but wherever negligent doctors wilfully discard the human rights of intersex babies and minors …