An alarming media trend: After last December’s similar ‘revelations’ by the Bavarian State Archive and in the Berlin newspaper “Die Welt” (in german, TRIGGER!!), here comes yet another ‘random’ media article in a ‘respectable outlet’ + online rehashs that again associate Hitler with various medical intersex diagnoses in a very bad, inappropriate and irresponsible way – and that publicly advocate Intersex Genital Mutilations (IGM). 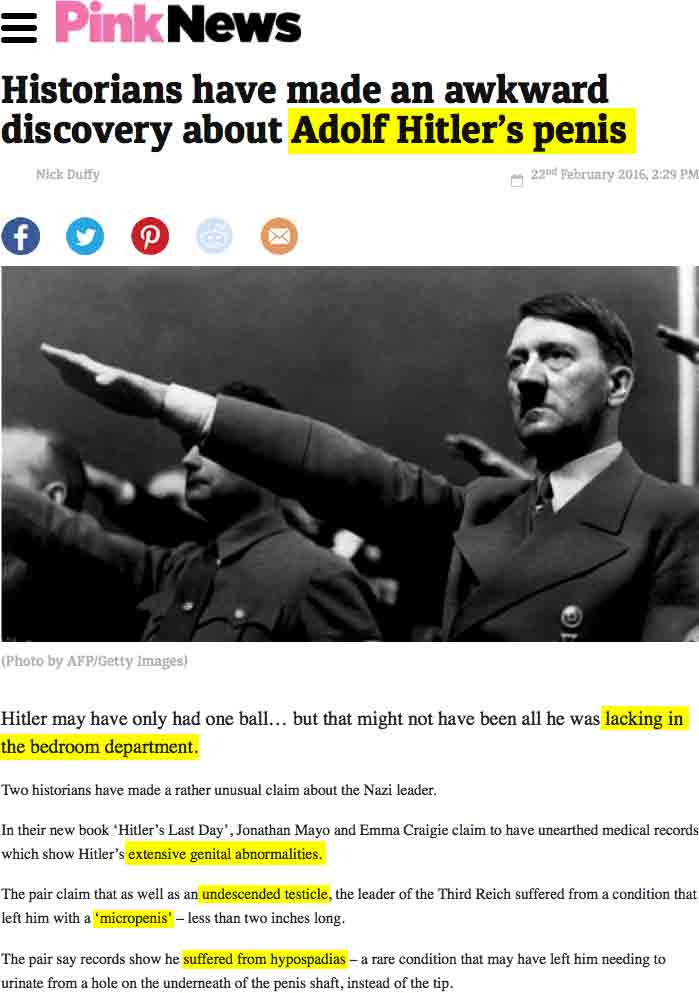 This time initiated by “The Telegraph” (TRIGGER!!) and picked up by “PinkNews”, the reports are again based on conveniently ‘rediscovered medical files’ in a (this time actually not so) newly published book which allegedly ‘prove’ that Adolf Hitler had been diagnosed with one or several intersex traits, including ‘undescended testes’, ‘hypospadias’ and ‘micropenis’, and the reports once more insinuate such “extensive genital abnormalities” would likely “go some way to explaining Hitler’s [insert whatever]” (“PinkNews.co.uk”, TRIGGER!!), or “offer some explanation as to […] the cause of his famed fits of rage” (“Telegraph”, TRIGGER!!), or “go down in history as the ultimate example of micro penis over compensation“ (Reader comment by TampaZeke on “PinkNews”, TRIGGER!!), and more assorted intersex shaming, dehumanising and debasement.

In addition, “The Telegraph” features a tie-in article on ‘hypospadias’ (TRIGGER!!) in which “hypospadias specialist and researcher” Dr Matthew Jackson (Newcastle University) publicly advocates Intersex Genital Mutilations (IGM): “Surgical correction can be undertaken in early childhood by paediatric urologists”, despite admitting that there’s no evidence for the beneficience of the often very harmful ‘surgical corrections’, and despite the fact that hypospadias is an admittedly “benign condition that WAS not [a] life threatening condition and men with hypospadias MIGHT HAVE BEEN happy with their penis the way it WAS and WOULD HAVE CHOSEN not to have any treatment” – there, fixed that for ya! 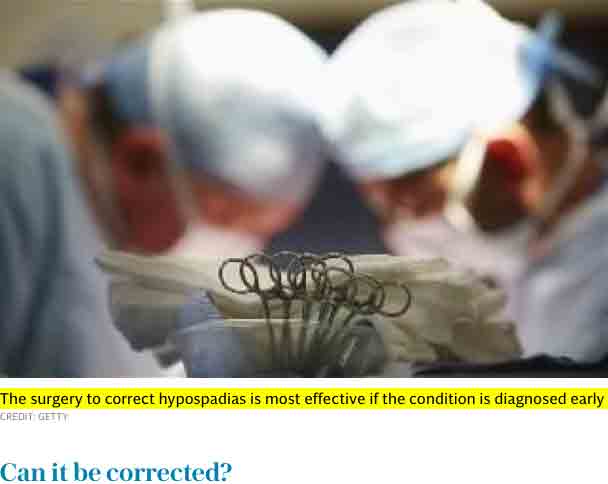 Personally, I dont give a flying f**** if Hitler was intersex or not – and even if he actually was, this certainly wouldn’t in any way ‘explain Hitler’, nor his ‘monstrosity’, nor the the war, nor the shoah – so dear media and reporters, kindly stop the cr*p!!

And if for whatever reasons you still really MUST pair intersex and nazis(m), instead of engaging in intersex shaming, dehumanising and debasement, >>> here are some relevant but tellingly underreported ‘stories’ including references (PDF, p. 51–53 + 84, TRIGGER!!) (underreported in both media and academia, that is), including: