>>> Why we are targetting the ‘9th Joint Intersex Genital Mutilators’ Meeting’ 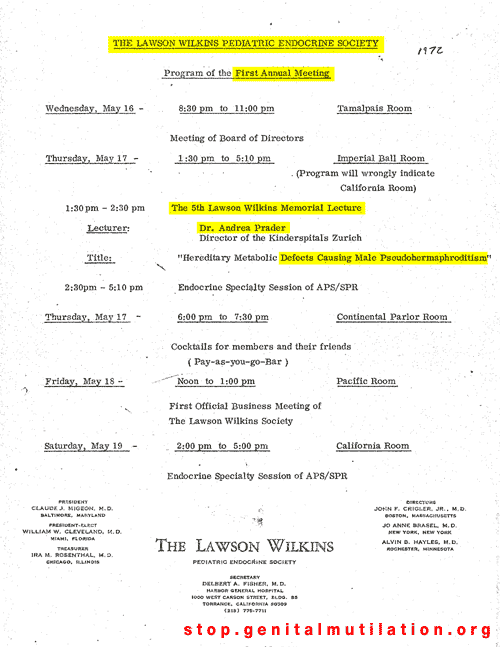 Prof. Dr. Lawson Wilkins (Baltimore) was the ‘inventor’ of systematic early cosmetic surgeries on children born with ‘atypical’ sex anatomies in 1950, and name patron of the [LW]PES, founded 41 years ago, see additional sources above.

Prof. Dr. Andrea Prader (Zurich) was the motor behind the dissemination of these inhuman and cruel practices on intersex children in Europe, inventor of the infamous ‘Prader Scale’ (1954), founding member of ESPE 51 years ago, and name patron of ESPE’s annual ‘Andrea Prader Prize’.