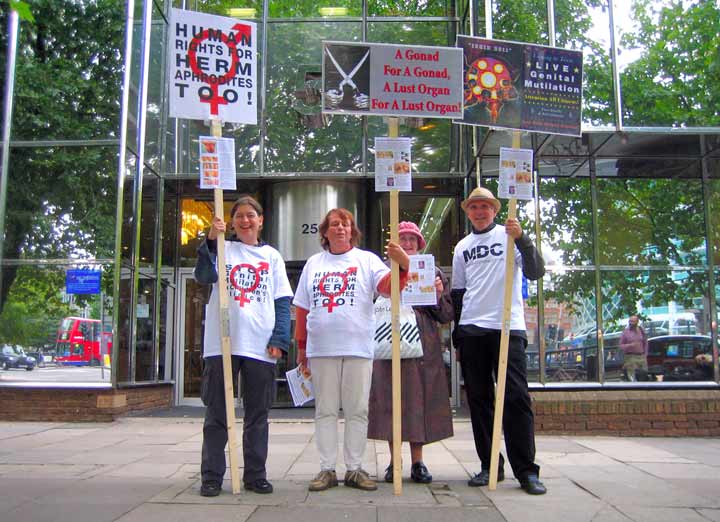 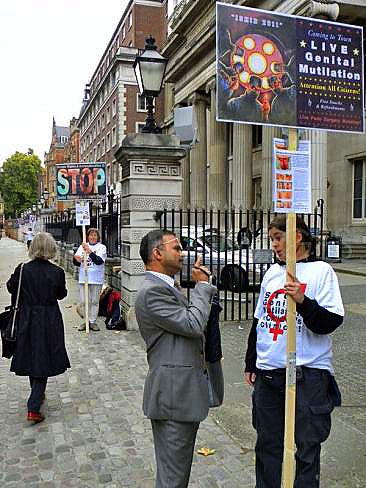 While both the UK and Nepal flatly denied the ongoing mutilations of intersex children (and tried to change the subject to (trans-)gender and civil status issues instead), the Committee didn’t let the wool to be pulled over their eyes. But instead twice more denounced IGM as a serious crime in blatant violation of the Convention on the Rights of the Child, and constituting a ‘harmful practice’ (just like FGM) and ‘violence against children’, referring to art. 24 para. 3 CRC in conjunction with the CRC/CEDAW Joint general comment No. 18/31 ‘on harmful practices’, which specifically oblige states ‘to explicitly prohibit by law and adequately sanction or criminalize harmful practices’.

StopIGM.org particularly appreciates the Committee obliging the UK to ‘Ensure that no one is subjected to unnecessary medical or surgical treatment during infancy or childhood’ and to ‘Provide redress to the victims of such treatment’, as well as to ‘guarantee bodily integrity, autonomy and self-determination‘  to intersex children, and to ‘provide families with intersex children with adequate counselling and support’.

These latest binding recommendations on intersex mark the 13th and 14th time that a UN treaty body condemns IGM practices and reprimands a State party for complicity in these serious human rights violations. UN-CRC has consistently recognised IGM as a ‘harmful practice’ and ‘violence against children’, and already reprimanded Ireland, France, Chile and Switzerland.

‘Until such time as there is a change in the law, we remain happy to undertake clitoral reduction surgery’ – Dr I. Mushtaq (NHS, GOSH, UCL)

We demand the prohibition of forced genital surgeries on children and adolescents with variations of sex anatomy and “Human rights for hermaphrodites too!”

For more than 20 years, survivors have criticised IGM practices as harmful and traumatising, as a fundamental human rights violation, as a form of genital mutilation and child sexual abuse, as torture or ill-treatment, and called for legislation to end it and to ensure remedies, including access to justice and adequate compensation

The UN Committee on the Rights of the Child (CRC) has repeatedly considered involuntary, non-urgent intersex treatments as ‘violence’ and a ‘harmful practice’, and thus comparable to Female Genital Mutilation, and – in addition to the UK and Nepal today – since 2015 has reprimanded Switzerland, Chile, Ireland and France for failing to protect intersex children’s right to bodily integrity and to ensure equal access to remedies and justice for victims.

The UN Committee against Torture (CAT) likewise recognises IGM practices as constituting at least ‘inhuman treatment’ in violation of the Convention against Torture, and since 2011 has reprimanded Germany, Switzerland, Austria, Denmark, Hong Kong and France.

In all above 14 verdicts, the Committees issued binding recommendations to take legislative action to end the practice and to ensure access to redress and justice for IGM survivors.