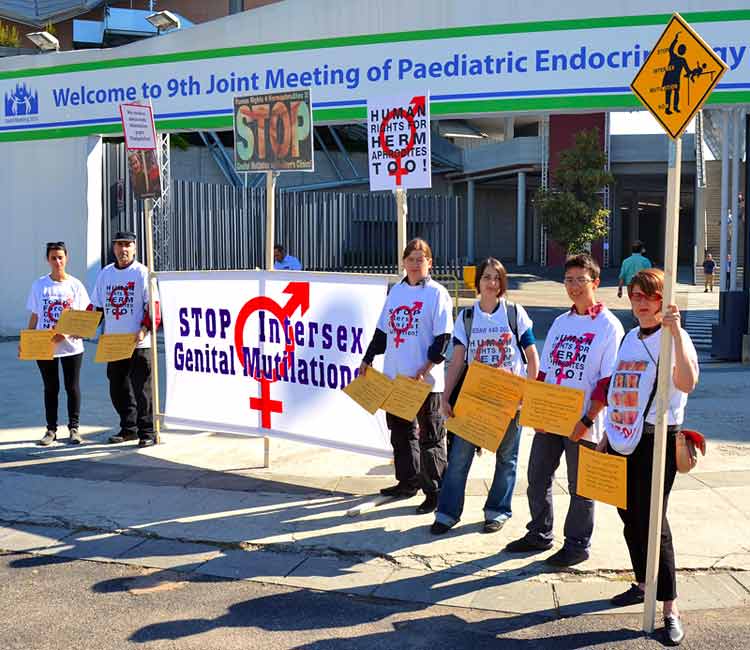 Of course these figures are not new or unexpected. In fact, a presentation 2 years earlier by partly the same Austrian IGM doctors, “Current surgical practice in DSD” showed similar figures and the same tendencies.

StopIGM.org organised non-violent intersex protests against ESPE annual meetings in 2012, 2013, 2014 and 2016, thanks to local solidarity and support. Unfortunately, when we asked Austrian intersex organisations they said they couldn’t provide any practical support. As StopIGM.org has no funding and this week is also the 82nd CRC Session in Geneva where the UN Committee on the Rights of the Child will examine IGM in Portugal, unfortunately, the ESPE mutilators will be able to promote their trade unchallenged.