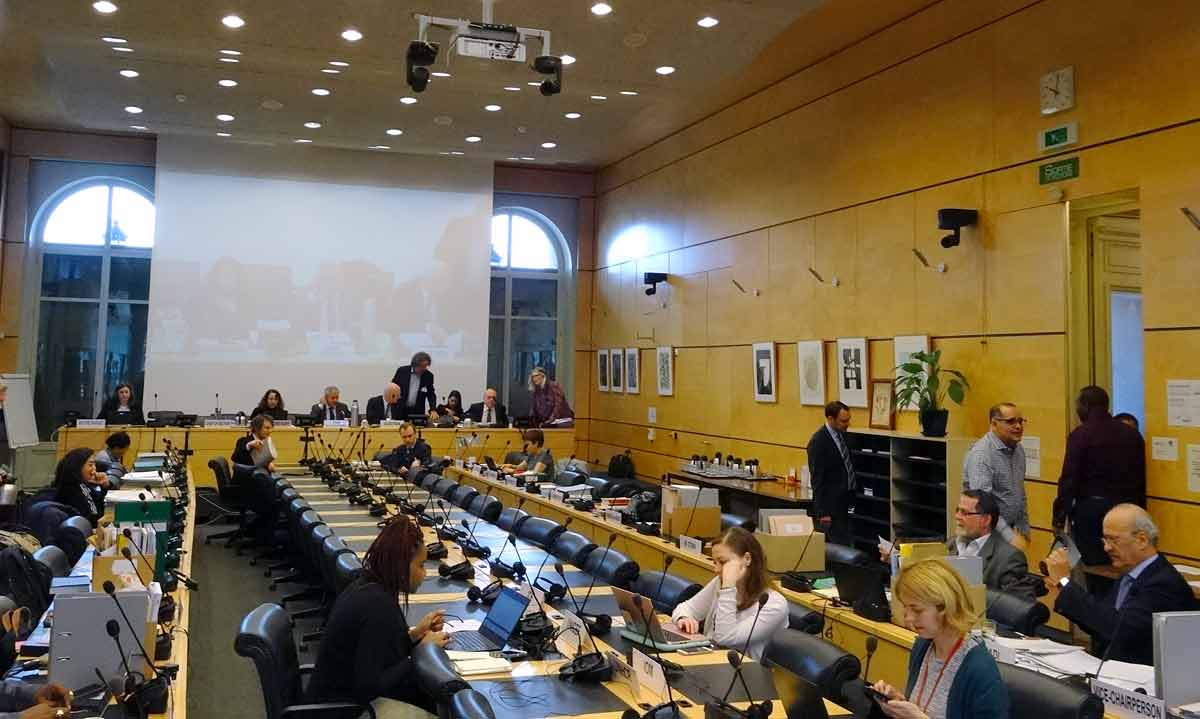 This week, the UN Committee on the Rights of the Child (CRC) is examining the human rights record of Austria during its 83rd Session in Geneva, transmitted live and now archived at webtv.un.org: Session 1 | Session 2

A thematic intersex NGO report (PDF) plus an update for the Session (PDF) by StopIGM.org document how Austria continues to promote and facilitate IGM practices, despite a previous UN reprimand, and unsubstantiated assertions of progress by the Austrian Government.

«Turning to harmful practice: […] Issues of intersex genital mutilation: What measures the government is taking in response to CAT Committee against Torture recommendation in 2016 to take all measures necessary to protect intersex children from involuntary non-urgent surgery and other medical treatment? We also note that in 2018 the Constitutional Court recognised that intersex constitutes a variation and not a pathological development? Whether the consent of the children is taken, parents or guardian, is sufficient, and whether in some cases there is no absolute necessity to conduct such surgery at a certain age, small age of a child. Couldn’t you wait for the child to be able at certain point in time to give his or her consent to such operation, if necessary? If necessary means the operation is necessary.»

10:02h (Video @ 0:01:01): The Austrian Head of Delegation, Mr Helmut Tichy (Ambassador, Director General for Legal Affairs, Ministry for Europe, Integration and Foreign Affairs) reads out a non-answer on IGM prepared by the Ministry of Health, mentions the 2018 Health Ministry medical guidelines (discussed in our Session update PDF, p. 4-5), claims it’s a health issue taken care of in specialised “care centres“, claims no more IGM except “until the end of the 2nd year of life at the latest on the basis of expert opinion” and with the “parents’ consent”, promises “close monitoring”, further mentions the 2017 “ethics opinion on intersex and trans identity” and the 2013 legal ban on cosmetic surgery on under 16s (which is not applied to intersex children).

«[Original English:] But before I give the floor to my colleagues I would like to read out something which we have received from our Ministry of Health. Because after the departure of our colleagues yesterday afternoon there were still some issues related to health and we have tried to get information from them, and if you permit me I will read this out, it is rather complicated, and I will read it out in German. So, please, bear with me, it’s about intersex persons:

[in German:] In 2018, the Constitutional Court recognised that intersex persons have a right to an entry in the register of births or in documents that corresponds to their sex. The first corresponding documents were issued in 2019. In 2017, the Austrian Bioethics Commission adopted a unanimous opinion on intersex and trans identity and recommendations on, among other things, the protection of intersex people from medical interventions, support for parents of affected children, protection from discrimination in society.

And further the following text: In urgent emergencies, which can also mean danger to life, especially if there is a so-called open bladder, surgery is performed immediately. This is now about surgeries for intersex persons. In other cases, until the end of the 2nd year of life at the latest, a surgical modification is carried out on the basis of an expert opinion from a specially established multi-professional board consisting of specialists from the fields of paediatrics, urology, paediatric psychiatry, endoctrinology and psychotherapy. To this end, the Health Department has drawn up a special recommendation on variations of sex development. These recommendations are listed here, in the appendix, OK.

A clear treatment path emerges from these recommendations, with the corresponding care centres already being set up throughout Austria and taking up their work at the beginning of this year. All decisions are made exclusively in close consultation with the parents of the children concerned, i.e. the parents’ consent must be obtained. In view of the fact that these centres have already been set up, close monitoring will also be carried out in parallel. Furthermore, it may be pointed out that on the basis of the Federal Act on the Performance of Aesthetic Treatment and Surgery in Austria, since 1 January 2013, cosmetic surgery or aesthetic treatment and surgery on persons who have not yet reached the age of 16 is not permitted, which is secured by corresponding penal provisions.

[Original English:] Thank you ladies and gentlemen, and I also thank the interpreters, because this is a very, very complicated text I believe.»

Let’s hope the Committee will not have the wool pulled over its eyes, and will issue strong recommendations, sternly reminding Austria of its obligations under CRC to effectively prevent harmful practices and genital mutilation of intersex children!