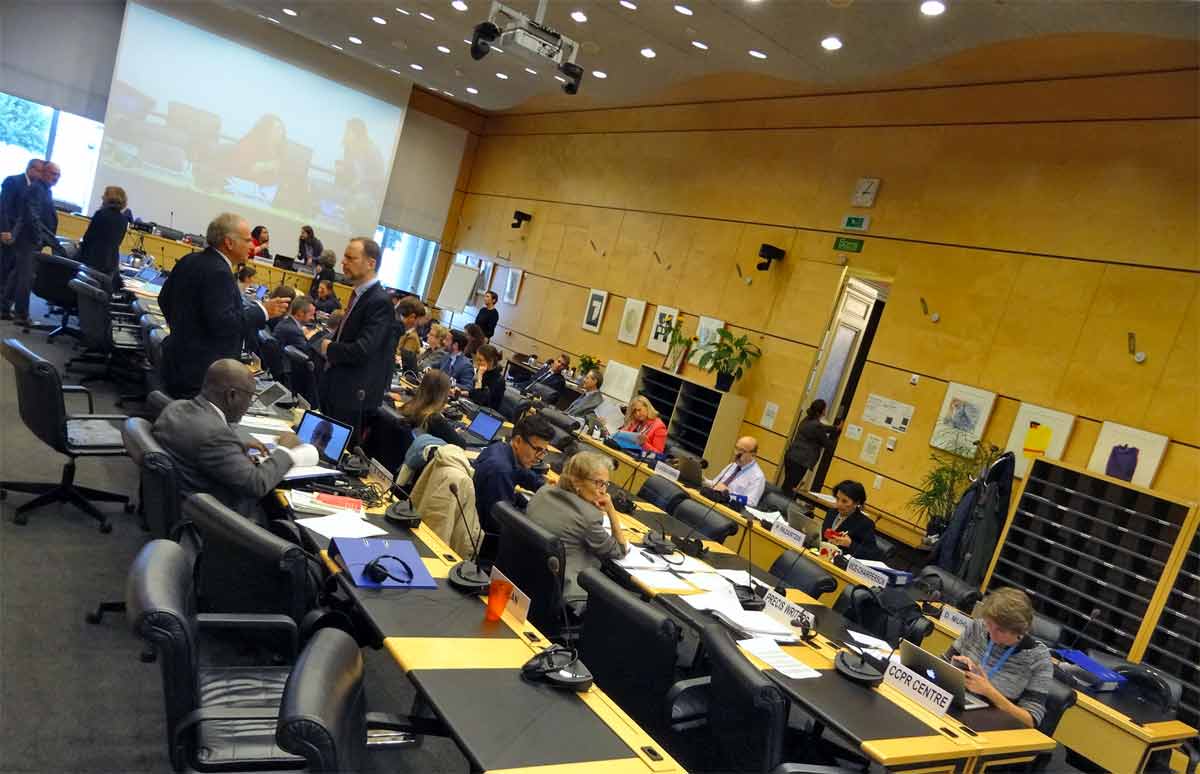 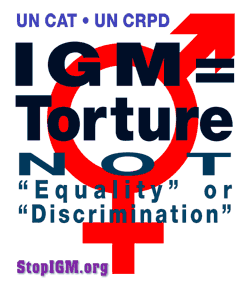 This week, the UN Human Rights Committee (HRCttee) as the Treaty body monitoring the implementation of the International Covenant on Civil and Political Rights (CCPR) is examining the human rights record of Belgium during its 127nd Session in Geneva, transmitted LIVE on webtv.un.org!

A thematic intersex NGO report by Intersex Belgium and StopIGM.org proves that IGM continues in Belgium with impunity – despite a previous reprimand by CRC – and documents lack of meaningful consultation with intersex NGOs, as Belgium authorities in fact only consult with IGM doctors, IGM-associated researchers and LGBT organisations, which was also highlighted in the Joint Intersex NGO Oral Statement during the private NGO meeting on 14.10.2019 (excerpt):

“The Government exclusively frames intersex in medical and LGBT terms and as a discrimination, diversity or health care issue, but conveniently ignores the ongoing IGM practices, which is also evident in the State report.

Since 2016 the Government has spent a lot of money on meetings and publications on intersex, but all the money went to researchers affiliated with IGM practitioners and intersex people were excluded and marginalised.”

“And we also heard some concerns about the lack of action by the Belgian authorities when it comes to the rights of intersex persons, especially when they’re subjected to irreversibles surgical operations. So I would appreciate also some information on the steps taken in Belgium to ensure the appropriate protection of intersex persons in Belgium and also whether there are some measures developed in order to ensure the necessary and appropriate assistance to persons who suffered from these practices.”

“On the aspects related to intersex people, so the federal government is obviously aware of the problems faced by intersex people. He has taken note with great interest of the recommendations of civil society and is listening to their concerns. The federal government is convinced that measures are needed to ensure better protection against discrimination of intersex people and recognizes the importance of raising public awareness and training experts and wants to prevent and pursue actions to this end. Finally, the government wishes to continue to rely on dialogue with civil society to ensure the development of policies adapted to the real needs of intersex people and respectful of human rights.

The point you also made is, and I think it’s also important, that the law does not require the use of treatment to end intersex. As a reminder, children remain under the authority of their parents until they reach the age of majority. It is therefore up to them to take the necessary decisions regarding the health of their child, and the law on patients’ rights states that this is done by parents or guardians.

But it is quite clear that the issue of finally medical normalization operations, as some call it, cannot be limited to this question of parental authority in medical matters, and that government initiatives are necessary, as I mentioned just before, for the information, awareness and training of all the actors concerned by this issue.

So, during the last legislature by adopting the inter-federal action plan against discrimination and violence against LGBTI people, therefore 2018-2019 the governments of the different levels of power have committed themselves to preventing and combating discrimination and violence against people on the basis of their intersex condition. And to achieve this objective, several actions have been carried out, and emphasis has been placed both on improving knowledge of the situation of intersex people [indiscernable] and on studies on terminology and the discourse of care relating to intersex people and on the quality of life of intersex people.

The second element is the establishment of resonance groups that aim to improve dialogue with intersex people and equal rights. This resonance group is composed of civil society, intersex people, parents of intersex children, researchers, members of the medical profession and the corresponding administration. They deal in particular with the themes of terminology, access to healthcare in Belgium and public awareness, visibility and information provision.

Last but not least, the funding of tools, a short film for young people and an information brochure for parents of intersex children will be published soon, which have been funded by the federal government, and an information website on intersex issues called www.ideminfo.be was launched in 2018 with funding from the Flemish government. That is what I wanted to say in this regard.”

10:02h: Session resumed, if there is any follow-up on intersex and IGM, we’ll post it here!

“I would like to first return to the issue number 10, follow-up question to our yesterday’s discussion. And I would like to welcome all the policy measures and the dialogue that the State party entered into with the Civil society, with the medical community when it comes to this intersex genital mutilation.

However, I would also like to note that in the Concluding Observations of the Committee on the Rights of the Child earlier this year, the Committee urged the State party to enter into some legislative measures, to consider prohibiting any unnecessary medical or surgical treatment of intersex children especially when these are irrevocable.

And furthermore the State party was also asked to consider to lift the statutes of limitations for such violations especially when they’re committed in a very early age.

I would also like to know whether in addition to dialogue with Civil society there are also any undertakings under way where you would provide some councelling and support as effective remedies not only to children but also to adults who were victims of such violations in their early age.”

11:40h: Delegation member Mr. Eric van den Bosch non-answers on “intersex medical normalisation”. Basically repeats non-answer by his colleague yesterday, reiterates all the insufficient and counter-productive gov initiatives, says government wants to do more awareness-raising to foster respectful approach to transgender identity, again claims gov would consult with intersex civil society, mentions a “trans and inter network” – no answer to the actual question on legislative measures at all! What an outrage!!

“Thank you very much, good morning to all. So to come back to Mrs Sancin’s question with regard to the issue of medical normalisation.

I think we answered it yesterday. I will not go back to this more specifically, except to mention that we had indeed stressed the need for more information and awareness on the subject. I would just like to remind you that a short film for young people and an information brochure for parents of intersex children will be published soon. They have been funded by the Federal Government and that an information website on intersex issues has been launched in 2018 and is funded by the Flemish Government.

In addition, I would like to add that civil society is indeed working on this issue, in particular to raise awareness of psycho-medico-social services, which will be based on an approach that respects transsidents and intersex.

More specifically, I would like to talk about Genres Pluriels, which created the trans and inter-Belgian psycho-medico-social network and which aims at the best access to trans and inter-specific health care. In particular, they aim at a more respectful and adapted and depathologising welcome and an exchange of knowledge between its professionals, so this would be an action by civil society on this issue which aims at a better welcome, a better awareness. Thank you.”

12:50h: YAY!! Committee expert Ms. Vasilka Sancin again follows-up on “intersex genital mutilation”! Notes she did not receive an answer on legal prohibition of IGM, nor on lifting the statutes of limitations.

“I would like to note that while some answer was repeated with regard to intersex genital mutilation I have not received the answer to my question whether there are some legislative measures considered since such practices should be prohibited and at least there should be some consideration of a possibility to withdraw the statutes of limitations for such offences.”