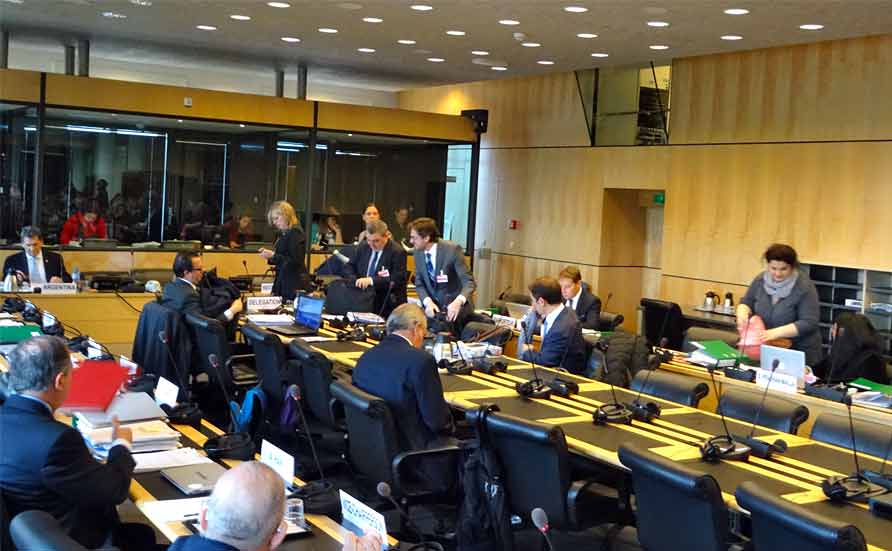 15:01h CET: The Session is on, webcast (original floor audio + english simultanious translation) and facebook (spanish) are live, head of delegation speaking. Unfortunatley, yesterday there was no question on intersex (see Session 1), despite that the session closed early. According to our information there’s still an albeit slim chance for a question today, hopefully … Update: YAY!! See below 16:57h (Question) + 17:37h (Denial)

15:36h: Answers on LGBTI and trans individuals and transvestites in prison … new policy to be implemented soon … moving on to femicides … abortion legal in cases of medical indication and for victims of rape … fire in holding cells at police station, 7 dead … structural crisis in penitentiary system … awareness raising to prevent violence by prison staff … ministerial programme against institutional violence and impunity … admitting to prison overcrowding and deficiencies … progress to build new penitentiary centers and expand existing … laws on reparation for victims of state terrorism, no specific data on indemnities for torture …

11:26h: Committee expert and country co-rapporteur Kening Zhang now on … art. 10 … education of immigration officers … implementation of recommendations of Subcommittee for Prevention of Torture … art. 11 … ombusdman for prisons reporting obstacles to access to prisoners … prison overcrowding, poor nutrition and sanitary conditions … arts. 12 and 13 … institutional violence in prisons … suffocation with bags, beatings … routine violence among detainees with collusion of prison staff … compensation and redress … how many complaints about xenophobia and racism … art. 14 … lack of implementation of legal abortion … art. 16 … solitary confinement … lack of medical care …detention conditions of minors … violent deaths in prisons in Buenos Aires and Mendoza … rape and domestic violence against women … harassment of LGBTI persons and transgender women in prison …

The review will be continued tomorrow Thur 27 April 2017, 15–18h CET = 10–13h in Argentina. While it’s generally quite bad when there’s no question in the first session, there’s still some hope for a question on IGM tomorrow … fingers crossed!

On 12 May 2017 or soon after, CAT will publish its binding Concluding observations for Argentina – now that the issue was raised during the review and the delegation’s only (non-)answer was the obligatory blanket denial in combination with employing the usual red herring of gender identity issues, StopIGM.org is expecting another stern reprimand for IGM practices.