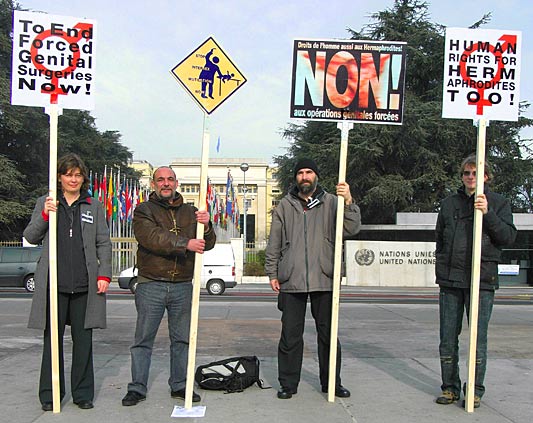 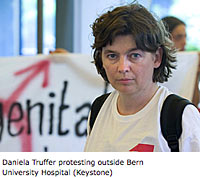 It’s a boy! It’s a girl! But what happens when life doesn’t fit in with greeting cards and the defining moment of childbirth becomes a bewildering puzzle?

Truffer argues that affected individuals should be given the time to grow up and decide for themselves whether they wish to become male or female or remain in-between.

“Forced surgery can not be the answer,” she said, quoting medical studies that reveal poor outcomes and show that most patients suffer a lifetime of frustration and regret.

“These surgeries are painful and irreversible and most likely to reduce or remove sexual feeling. Non-consented cosmetic surgeries violate the right to physical integrity and self-determination. It’s a human rights issue,” Truffer told swissinfo.ch.

A condition that is seen in one in 2,000 births, people born neither fully male nor female have been an acknowledged part of society since Antiquity. But over time they became an invisible minority, particularly since “corrective” surgical intervention became the norm in the 20th century.

>>> Continued: Campaign against corrective surgery on children born with indeterminate genitalia argues that children should be allowed to grow up untouched (swissinfo.ch)