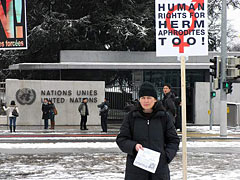 Next week, the UN Human Rights Council will debate Intersex Genital Mutilations, on occasion of the Universal Periodic Review of Switzerland during the 14th UPR Session in Geneva, and on the basis of our submission within the Swiss Coalition Shadow Report (see intersex.shadowreport.org and fact sheet below).

Below you’ll find our mailing to all of the UNHRC Missions in Geneva, accompanied by our fact sheet re: Western Genital Mutilation [>>> PDF 75 kb].

We ask if you and/or your group could contact your country’s UN Mission in Geneva and/or other appropriate bodies, seconding our submission/mailing/fact sheet, and ask them to also recommend that Switzerland should take appropriate steps in order to end this grave human rights violation. This will also benefit intersex submissions from other countries already in the pipeline for future UPR sessions. Feel free to ask your allies to do the same.

Please help us to end intersex genital mutilations! Time is of essence!

In case of questions, please get in touch.

Feel free to redistribute this email.

Thank you for your support! 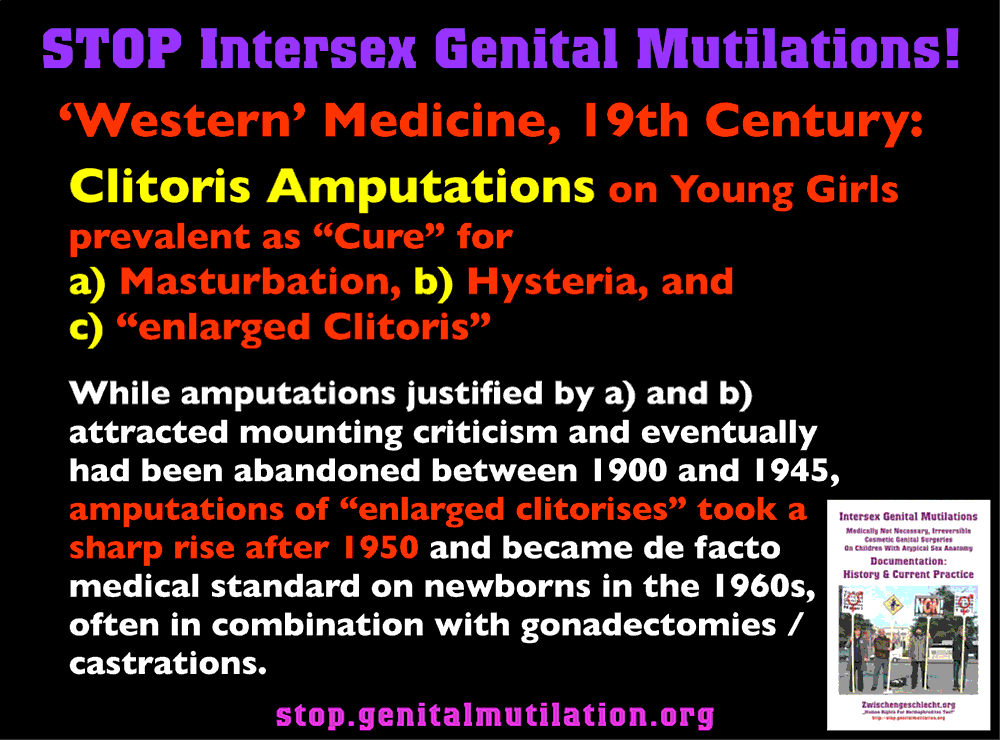 I’m asking you for your support to end a grave human rights violation in Switzerland, on behalf of our human rights group Zwischengeschlecht.org, representing affected persons, and contributor to the Swiss NGO Coalition Shadow Report, where we outlined our grievances re: cosmetic genital surgeries on children with “atypical genitals” (see fact sheet below and attached).

I was submitted to repeated “genital corrections” myself, as well as to “gonadectomy” (castration/forced sterilisation) and other degrading treatments, about which my parents were lied to, and can testify to the detrimental effects of these irreversible and serious surgeries, also on sexual sensation.

The Swiss government, while quickly to condemn genital cutting in african countries, still refuses to acknowledge the human rights violations perpetrated in local children’s hospitals, let alone setting their own house in order. Despite the fact that recently also the UN Committee on Torture (CAT) criticised the cosmetic genital surgeries on children (see fact sheet).

Please help us, in the name of the future children, so that they can grow up intact and without mutilating surgeries and other degrading “treatments”! Please confront the Swiss government with our grievances, and demand they take appropriate steps!

In case of further questions, as well as suggestions, please don’t hesitate to contact me.

Thank you so much for your consideration.