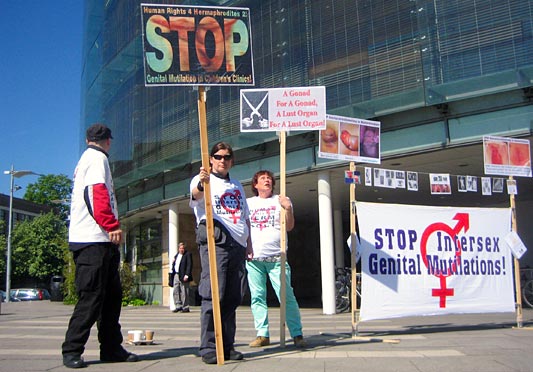 First, we’d like to thank everyone again who signed the Open Letter to the ‘4th I-DSD Symposium’, helped spreading the word or otherwise lent their support!

As always, during the protests we had honest and good conversations with people and parents concerned, other participants of various fields (even doctors), and many passers-by.

And once more we were delighted that also within the conference people called the perpetrators on their bullshit, and that this was reinforced by our peaceful protests outside and vice versa. 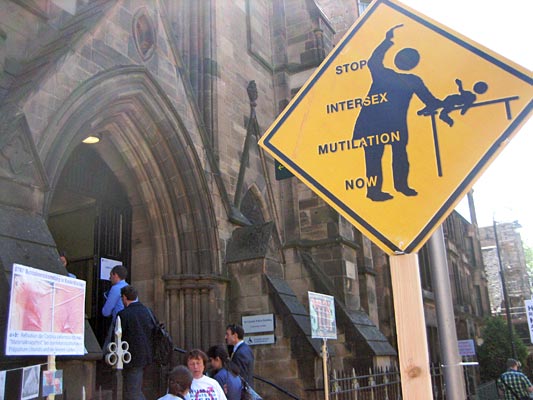 Needless to say, also at the ‘4th I-DSD Symposium’ both forms of objection to the inveterate mutilators were sorely needed. Despite one doctor, who, after realising the presence of persons concerned, quickly tidied up his presentation (i.e. silently taking out the “bloody slides” to make it more palatable, though of course without changing its tenor), many were shamelessly advocating medically not necessary surgeries on defenceless children, proving once more such conferences are anything else than a safe place for persons concerned. 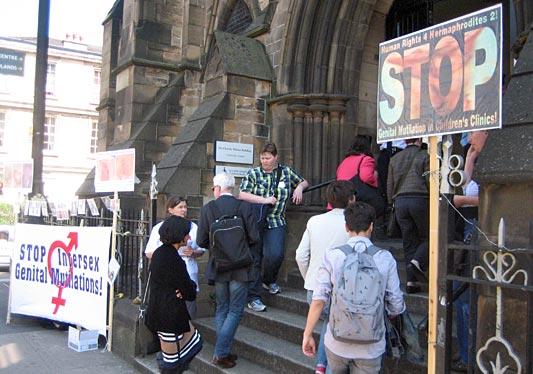 Just two examples from Paediatric University Clinics represented at the the ‘4th Symposium’ to illustrate why countering the mutilators was important: 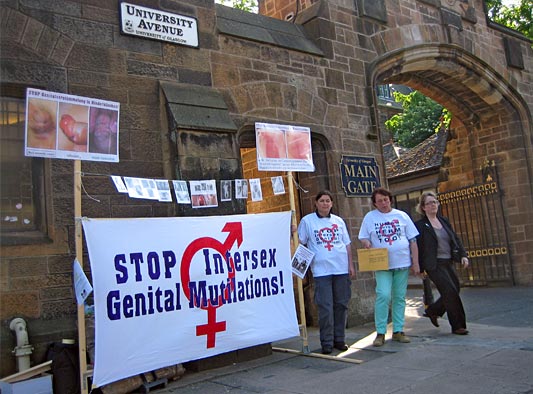 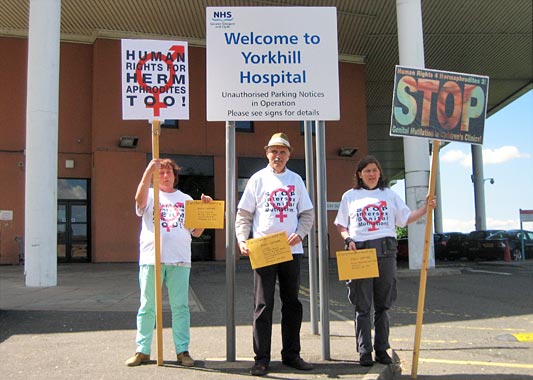 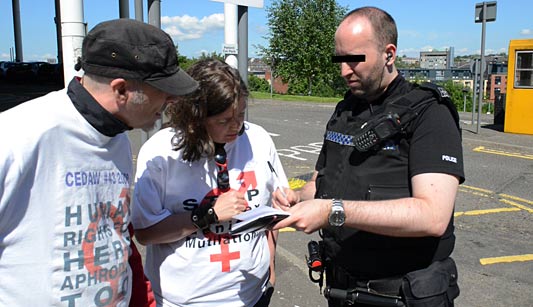 Protest #5, 08.06.2013, Royal Hospital for Sick Children – Yorkhill, @12.13 pm:
Police writing up the details of all protesters after complaints from within Yorkhill.
(We got off scot-free in the end.) 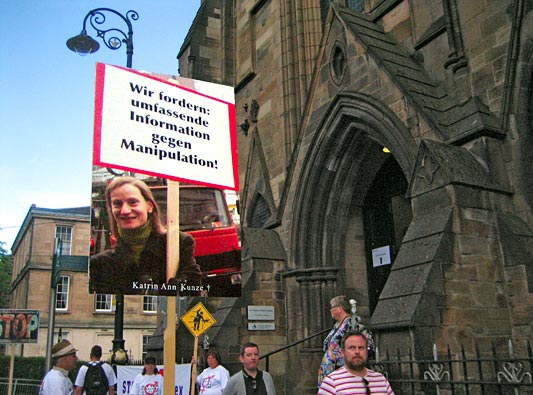 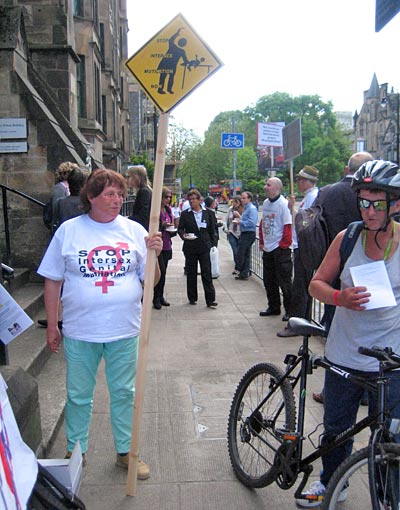 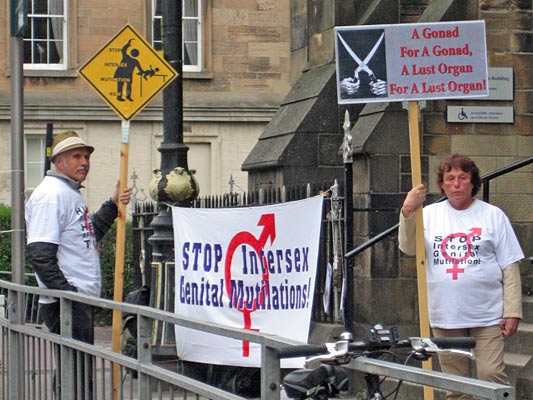 All the more important that the mutilators continue feeling the pressure wherever they gather to promote their atrocities! 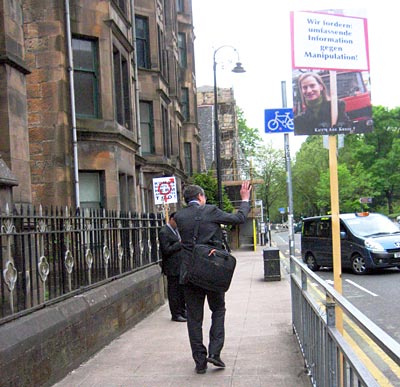