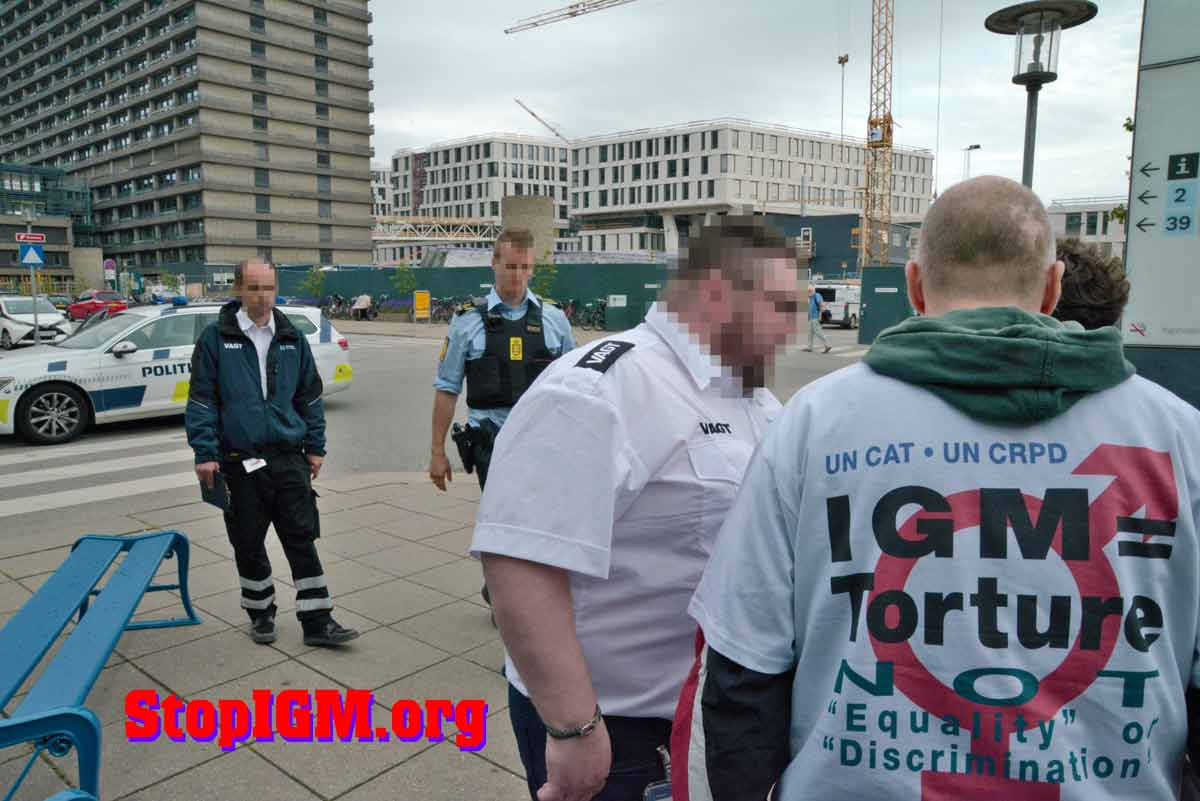 An Intersex Tale of Two Cities:

This week in Brussels, the EU Commission, Malta, Portugal and others praised each other to the skies as champions of intersex human rights, while at the same time downplaying the systematic and massive, EU-sponsored medical abuse of intersex children as a mere “discrimination” and “health care” issue.

Next week in Geneva, the UN Committe on the Rights of the Child (CRC) publishes its findings on Portugal – most likely including a stern reprimand for harmful practices on intersex children. Already last session, CRC unmistakably condemned “unnecessary medical or surgical procedures” on intersex children in Malta, and called to “[e]ffectively investigate incidents” and “provide redress to victims […] including adequate compensation and rehabilitation”.

Now – how on earth could Brussels have gotten it so completely wrong (and not for the first time!) about intersex human rights and about intersex children in Malta and Portugal allegedly being protected from genital mutilation when – as documented in Geneva – in fact they’re not, and IGM persists with impunity!??

Therefore, before the European Commission’s “High level Conference on Advancing LGBTI equality in the EU: from 2020 and beyond”, we sent them an Open Letter (PDF, or below the break) documenting above and further remarkable discrepancies between the EU’s caual downgrading of intersex rights vs. the meanwhile 44 clear and unmistakable UN verdicts, kindly asking for an explanation.

Open Letter of Concern to the European Commission:
Please stop trivialising intersex genital mutilation and
misrepresenting the human rights frameworks at stake!
(“High level Conference on Advancing LGBTI equality in the EU: from 2020 and beyond”)

We are an international intersex human rights NGO that, in collaboration with local intersex advocates and organisations, is regularly reporting to UN Treaty bodies on intersex and IGM in currently 13 EU countries,[1] so far resulting in 22 Concluding Observations to EU countries condemning Intersex Genital Mutilation as a serious violation of non-derogable human rights, namely a harmful cultural practice just like FGM (CRC, CEDAW), cruel, inhuman or degrading treatment falling under the absolute prohibition of torture (CAT, CCPR, CRPD), non-consensual medical or scientific experimentation (CCPR), and a violation of the integrity of the person (CRPD).[2] Globally, we count 42 such Treaty body verdicts to 24 State parties.[3]

Currently we’re in Geneva attending the 82nd CRC session, where Portugal,[4] just like Malta[5] in the previous session, seemed having difficulties explaining to CRC why they obviously allow IGM practices to continue with impunity despite publicly claiming to have abolished the practice; very likely resulting in the 23rd UN reprimand to an EU country going to Portugal.

Therefore, while we applaud the stated intent of the European Commission to promote and implement intersex human rights, we remain deeply concerned about how the Commission nonetheless continues to counterfactually portray Malta and Portugal as positive examples, and generally trivialising IGM practices and misrepresenting the human rights frameworks at stake, most recently concerning the “High level Conference” [6] and the “Workshops with stakeholders” [7] on “Advancing LGBTI equality in the EU: from 2020 and beyond”:

Recalling the severe physical and mental pain and suffering caused by IGM practices, further recalling our Letters of Concern to the European Commission (2017)[21] and the EU Committee on Civil Liberties, Justice and Home Affairs (LIBE) (2019),[22] as well as the 42 UN Concluding Observations unmistakably condemning IGM practices as a serious violation of non-derogable human rights,[23] we would like to urge the European Commission and the European Parliament to please stop trivialising intersex genital mutilation and misrepresenting the human rights frameworks at stake, but to adequately frame and address IGM practices in line with the obligations and stipulations laid out in the mentioned UN Conventions, and the relevant General Comments invoked in the UN Treaty body Concluding Observations, namely the CRC-CEDAW Joint General Comment/Recommendation No. 18/31 “on harmful practices”.

Thank you for your consideration.

StopIGM.org / Zwischengeschlecht.org, founded in 2007, is an international intersex human rights NGO based in Switzerland. We are the leading NGO in reporting intersex issues to UN Treaty bodies, achieving (in collaboration with local intersex NGOs and advocates) the vast majority of the currently 42 UN Concluding Observations considering serious violations of intersex human rights. We have been active in 15 countries in Europe (including Switzerland, Germany, Austria, Italy, France, UK, Ireland, Belgium, Luxembourg, Liechtenstein, Denmark, Spain), as well as in Africa, Asia and South America, and have been consulted by various ethics, human rights, government and non-government bodies, including CRC, CAT, CEDAW, CCPR, CRPD, OHCHR, the Swiss National Bioethics Commission (NEK-CNE), the German Ethic Council, WHO, OECD, the Luxembourg Comité interministériel des droits de l’homme presided by the Ministry of Foreign Affairs. We have presented and taught on intersex issues at various universities, institutions and symposia including the University of Lausanne, University of Padova, the Institut de Formation et de l’Éducation Nationale (IFEN) of Luxembourg, Genital Autonomy, the BanFGM Conference in Rome, and the symposium “After the Recognition of Intersex Human Rights” at the Institute of Advanced Studies (IAS) at the University of Surrey, and participated in the “Intersex/DSD Human Rights, Citizenship and Democracy (EUICIT)” project of the University of Huddersfield. Daniela has also been internationally active in intersex self-help groups for almost 20 years.