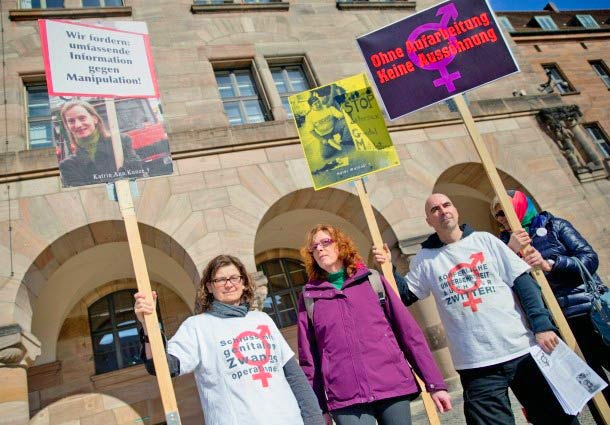 Intersex person Michaela Raab is suing doctors [and the Erlangen University Clinic] in a Nuremberg court, who she said operated on her genitals and put her through female hormone therapy without having told her she was genetically a man.

In 1995, Raab consulted doctors at the University Hospital Erlangen in Southern Germany, wondering why she had never had her period or had her breasts grow by the age of 20.

Doctors put her on female hormone therapy, and she went through an operation to reduce what they told her was an oversized clitoris.

Years later, Raab would discover she had XY chromosomes – making her genetically male – and that her doctors had never let her know.

She said if she had known, she may have decided against the doctors’ treatment strategy.