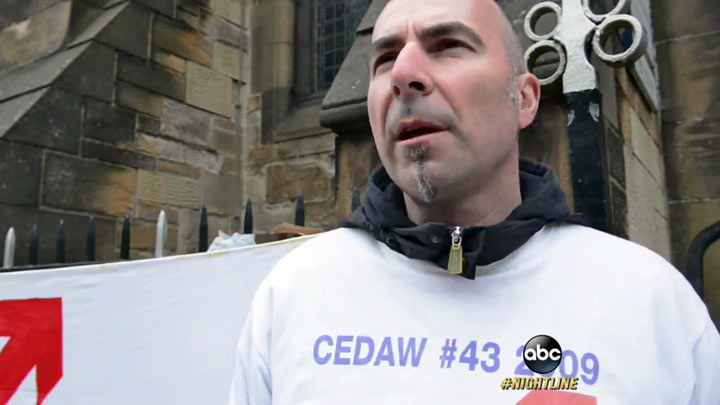 Markus Bauer (Zwischengeschlecht.org/StopIGM.org) is an invited speaker at “Genital Autonomy 2015” in Frankfurt a.M. (Germany), May 6-9. Together with fellow activist Simon Zobel, Markus will represent intersex issues at GA 2015.
Following the annual demonstration in Cologne on the 7th of May to support genital autonomy for all children, there will be a two-day conference in Frankfurt on 8th and 9th May exploring some legal and medical issues relating to the genital cutting of children.
“Genital Autonomy” was established in 1989 as an originally bi-annual international symposium on children’s rights promoting interdisciplinary dialogue about genital cutting practices of male, female, and intersex children. At last year’s symposium in Boulder (Colorado) (abstracts, PDF), Markus presented together with fellow activist Hida Viloria (OII). In 2012 (abstracts, PDF), speakers on intersex were Julius Kaggwa (SIPD, Uganda) and Mika Venhola (youtube-interview), and the symposium issued the 2012 “Helsinki Declaration of the Right to Genital Autonomy”.

In February 2015, the UN Committee on the Rights of the Child (CRC) considered Intersex Genital Mutilations a “Harmful Practice” – a powerful concept calling not only for legislation aimed at eliminating harmful practices, but also stressing implementation, monitoring, enforcement, and remedies. I’ll discuss this and other recent achievements in the context of the ongoing 20-year-struggle of intersex activists to end IGM, employing social movement strategies including coordinated use of nonviolent action, human rights mechanisms, and lawsuits against perpetrators.