>>> Mutilation Wholesale: Why we are targetting the ‘9th Joint Meeting’ 2013 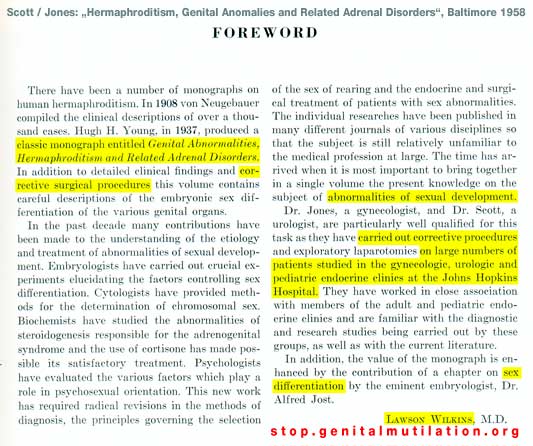 [ click to enlarge ] Lawson Wilkins’ foreword to the 1958 edition, referring to Hugh Hampton Young’s 1937 ‘classic’  1st edition, and boasting of ‘corrective procedures and exploratory laparotomies on large numbers of patients studied in the gynecologic, urologic and pediatric endocrine clinic at the Johns Hopkins Hospital.’ 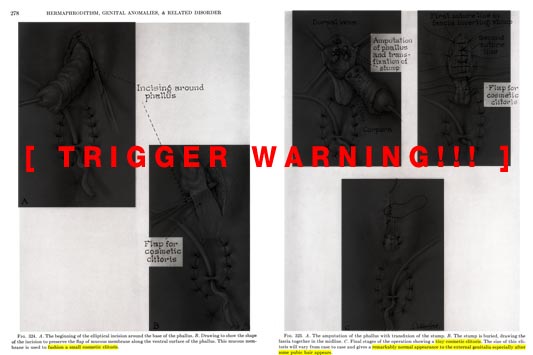 [ click to enlarge TRIGGER WARNING!!!] ‘FIG. 325. A. The amputation of the phallus with transfixion of the stump. […] C. Final stage of the operation showing a tiny cosmetic clitoris. The size of this clitoris will vary from case to case and gives a remarkably normal appearance to the external genitalia especially after some pubic hair appears.’

>>> Lawson Wilkins, Andrea Prader 1950: From Experimentation to Extermination (1)
>>> Lawson Wilkins: “Amputation of the clitoris at the earliest possible time”
to prevent “anxiety in parents” (2)