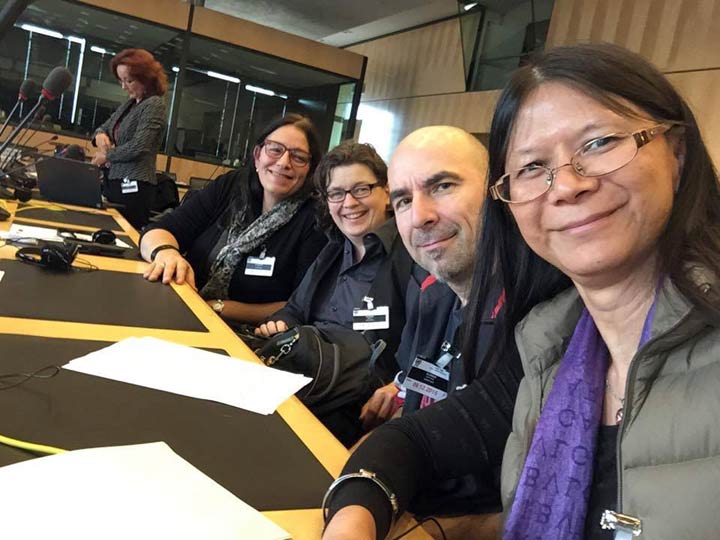 Denmark was the 2nd of 3 countries up for review of IGM practices during the 56th session of the UN Committee against Torture (after Austria and followed by Hong Kong + China + Macau).

Mon 10:03h: The webcast is live. CAT Chair Claudio Grossman starts the meeting, followed by the Head of the Danish Delegation introducing the delegation. 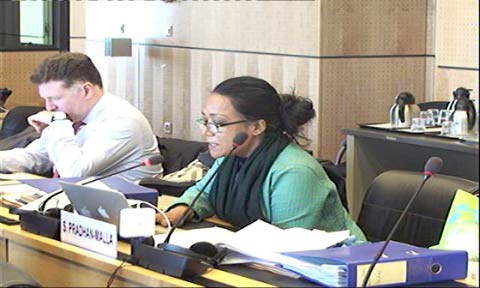 «We are also concerned about the situation of intersex persons who are also subjected to inhuman and degrading treatment by the health system. These are the cases when they are infants and subjected to so called “normalisation” correction if the infants offer [atypical] genitalia. These are irreversible surgeries and have been affecting the personal development of individuals and also affecting [their] freedom from non-consensual treatment.
I would like to know what action you are taking in this regard?»

The answers of the Danish delegation followed during the second session tomorrow.

Mon 11:11h: Abdoulaye Gaye mentions that in Danish prisons women can serve their sentences together in mixed units together with men on request – a fact that was also mentioned by other Committee members.

Mon 12:05h: After a minute of silence for all victims of terror attacks (as Chairperson Claudio Grossman thankfully clarified eralier), the Danish delegation starts answering questions. First the head of the Independent Police Complaint Authority takes the floor, as he’s only participating today.Amongst other things he replies to questions regarding the use of pepper spray.

Tue 15:01h: The webcast is live. CAT Chair Claudio Grossman starts the meeting. The next 90 minutes, the Danish delegation will give the first round of replies. First the Ministry of Defense is up.

Tue 15:46h: LGBT refugees’ rights to non-refoulement are guaranteed, if they’re at risk of torture or mistreatment because orientation or identity in country of origin, asylum will be granted, according to immigration authorities.

Tue 15:53h: First questions relating to psychiatry will be answered (on now), then re: transgender persons, and then intersex will be up.

Tue 15:56h: Transgender persons have to be enrolled in mental health care system. 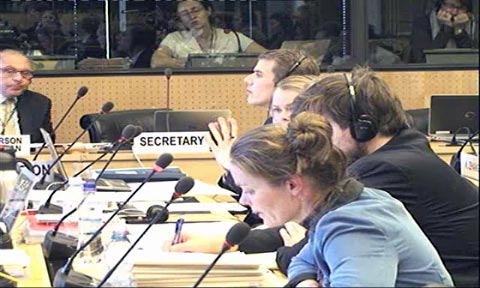 Pernille Skafte, Special Advisor to the Ministry of Health:

«In Denmark a child’s sex is determined at birth by the present health care worker based on observations of the child’s external genitals. In rare cases there’s doubt about the sex of the child. In such cases a pediatrician will carry out a further examination of the exterior [external] as well as of the interior [internal] genitals. The determination of the sex will always be carried out in a close dialogue with the child’s parents.

During the diagnosing, the child will be observed and examined by a team of specialised pediatricians. If the child has chromosome variations he or she may need to be involved in treatment throughout it’s childhood. In Denmark this is a specialised medical task which is regulated in the masterplan of specialised hospital services which is determined by the Danish Health Authority.

In Denmark medical treatment can only been carried out on the basis of informed consent. Patients must be 15 years old in order to give informed consent. If a patient is under the age of 15 treatment preposes consent from the child’s parents or from the person who has custody of the child. In cases of treatment within the field of intersex any treatment of children below the age of 15 will always be carried out in a close dialogue with the child’s parents and in coordance with the child’s and/or the parents wishes.

The Danish Ministry of Health does not have any data to suggest that treatment of intersex children has been carried out against without the child’s and the parent’s will.»

Tue 16:34h: Now chairperson Claudio Grossman explains the scope of the Converntion against Torture (since the Danish delegation disputed CAT’s authority to ask some questions), i.e. that it includes e.g. cases of rape amounting to torture, and further highlights article 16 (ill-treatment or CIDT). 🙂 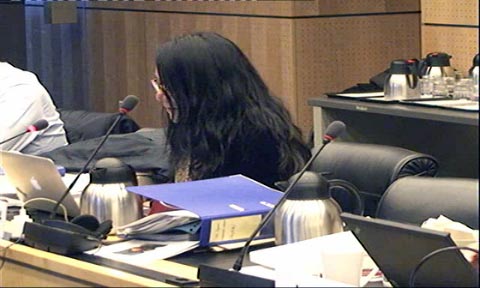 Tue 16:58h: Country co-rapporteur Pradhan-Malla follows up on Intersex, highlighting CIDT. While hailing Denmark for leadership in LGBTI (or rather LGB or LGBT) rights, she continues:

«But the concern(s) we have raised are cruel and inhuman treatment of intersex persons, where my specification was in a context when it is inforced or administered without free and informed consent of the person concerned, what action you have put or are planning to put to protect the right to decide their preferences upon reaching maturity?»

Tue 17:15h: Second round of answers, beginning with Department of Justice.

Tue 17:31h: Head of Delegation gives running order for remaining questions, Intersex is mentioned last: “And then there were finally also some questions about intersex, to which we will try to come back to.” Ministry of Defense is next.

Tue 17:47h: Justice Department now on again, but answering only questions on detention and psychiatry. No answers on intersex!

My 2 cents: Yet another flat-out denial – “no data”, who’da thunk!? Even leading in LGBTI – and therefore entitled to just skip the follow-up question. I mean, “free and informed consent”? For intersex children? In Denmark? Must be kidding, riight?
And the good news is: Such (non-)answers are usually a good recipe for getting particularly strong “Concluding Observations” – for Denmark due in December. To be continued …