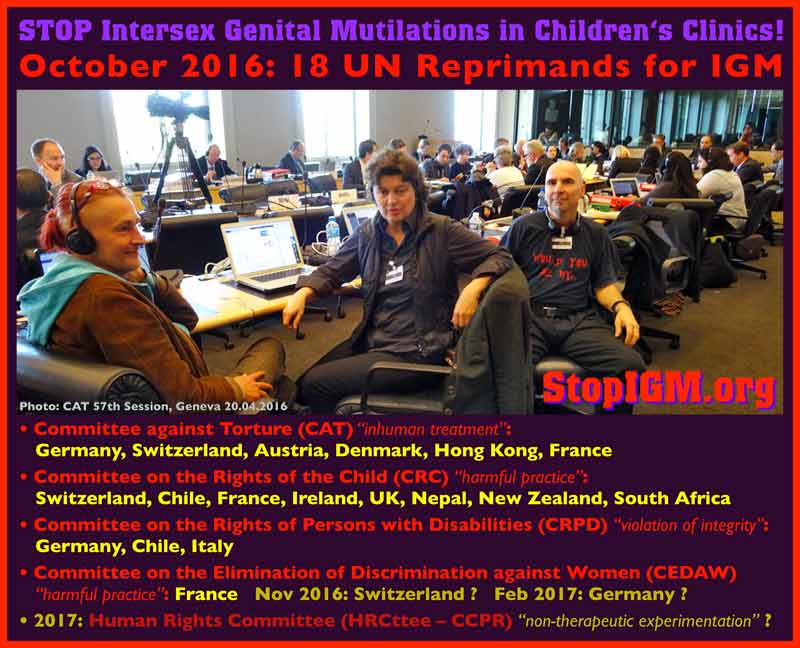 Today on Intersex Awareness Day 2016, we are celebrating

• 20 years of nonviolent intersex protests, and

• soon 20 UN reprimands for Intersex Genital Mutilations, expected no later than early March next year – with even more already in the making, also way beyond 2017!

The following is a breakdown of all previous UN reprimands – with soon 14 countries in Europe, South America, Asia, Africa and Oceania reprimanded so far – plus the very next to follow, including links to all binding recommendations in full:

On 26 October, Intersex People, Survivors, Partners, Families, Friends and Allies around the globe celebrate Intersex Awareness Day, commemorating the very first INTERSEX PROTEST in Boston in 1996 against the Annual Convention of the American Academy of Padiatrics (AAP), and in support of over 20 Years of Organised Struggle to End INTERSEX GENITAL MUTILATIONS.