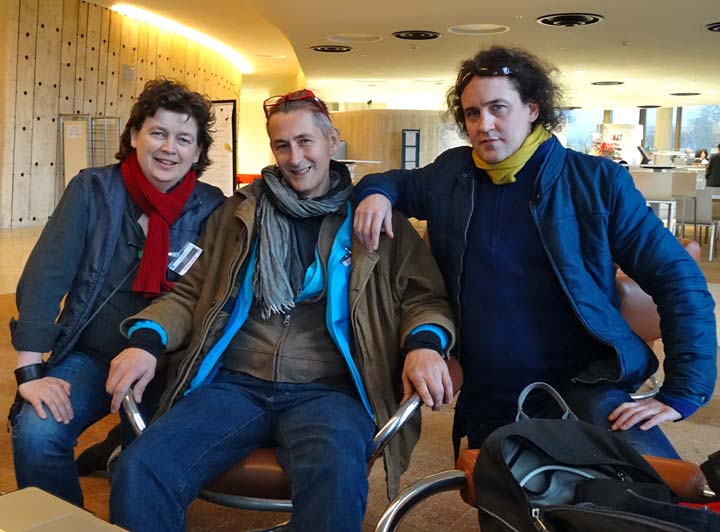 France is the first country coming up for review of IGM practices at the 71st session of the UN Committee on the Rights of the Child (to be followed by Ireland).

Wed 15:00h: The Session with Q&As on Intersex Genital Mutilations with the French Delegationis open and the live transmission is on. 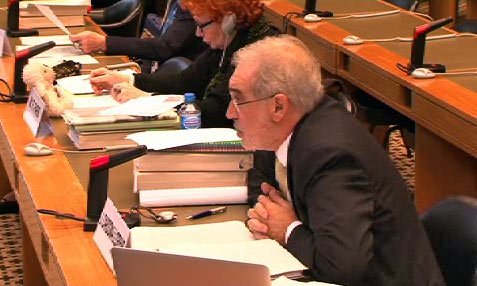 «France has been at the vanguard in combatting certain harmful practices like female genital mutilation, and we must congratulate you for that, surely with keeping in mind not to throw in the towel but to ensure you have the means to continue the struggle. However, it is just because of this firm stand that I have to confess to be perplexed about circumstances that on could describe as encouraging surgical interventions on intersex children during the first months of their lives, despite that such interventions are medically unnecessary, but are done for cosmetic and social reasons, and seriously impinge on the bodily integrity of the children, mutilated boys and girls, they prevent their emotional and sexual development, and violate their right to identity. Could you tell me if you’re planning measures to modify these protocols and to ensure that the integrity of intersex children is respected?»

17:36h Jorge Cardona Llorens just reminded the French delegation that the answer on Intersex Genital Mutilations is still due.

After the session: This blog has learned that the French Delegation have not forgotten the question, but first will consult with Paris tonight. The Answer of France is expected for the second session tomorrow morning.

Thu 10:00h: The Session with the French Delegation’s answers on Intersex Genital Mutilations is open and the live transmission is on. 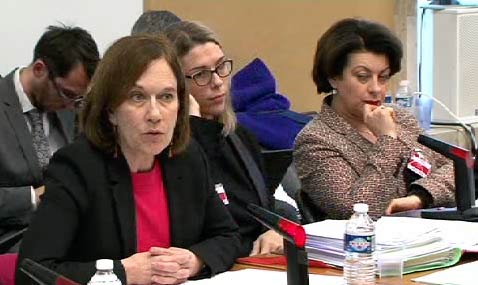 Thu 10:13h: Madame la Ministre Laurence Rossignol, Head of the Delegation, Minister of State for the Family, Elderly People and Adult Care, attached to the Minister of Social Affairs, Health and Women’s Rights, answers the question regarding intersex children and “the respect of their physical integrity”. She says that it’s an extremely recent topic and that the State Party hasn’t yet explored the “psychological and medical questions” and nor decided which Ministry should take the lead. She diverts from IGM to the recent judgement in France concerning a neutral civil registration, and is generally playing for time – actually until the next CRC review of France, circa 2022:

«Thank you. This is a extremely recent issue, so we’re still assessing whether the Ministry of Health or the Ministry of Justice should urgently tackle this difficulty of children which present a visibly ambiguous sex, that is a difficulty to determine the sex at birth according to the genitals. It’s an issue for which all persons concerned need to be involved, the intersex persons themselves, which should take a leading role, but also the doctors and associations responsible for the definition of the interests of the child. Hence, my answer answer may perhaps not entirely satisfy the persons who asked the questions. We have not yet fully explored the the psychological and medical questions that are put forward by this new issue, but there are several French members of parliament who are already extremely committed to this issue and who would like to contribute to a collective reflection. In addition, a judgement of a French court has recently recognised a neutral sex, and it understandably appears to the chancellery that this judgement deserves a debate in the highest judicial authorities and a collective reflection. Therefore, this is an issue regarding which we think that at the time of the next review of France we will have worked on that and particularly heard the voice of the persons concerned.» 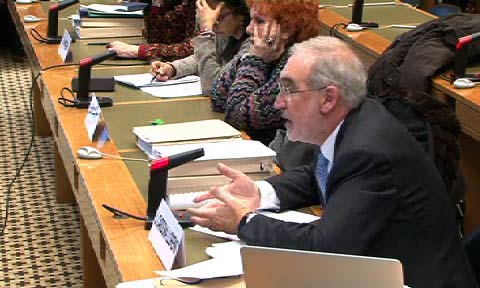 Thu 10:14h: The Co-Rapporteur for France Jorge Cardona Llorens follows up at once and says there shouldn’t be a neutral civil status entry for intersex children, as this is a stigmatisation from the start. He suggests that the medical protocols have to be abrogated and reiterates that the parents aren’t properly informed, “that’s a fact”.

«Thank you very much, Chair, and good morning everybody. Well, I’m clearly hearing your announcements […]. Finally, this protocol [for registering births of intersex children] seems to address a let’s say a bit a peculiar vision, and the problem is that these children have a sex that is not yet clearly known, therefore to declare their sex to be neutral means to stigmatise the child from the start. And in this context I believe it’s mperative to introduce mechanisms that are a bit more flexible in this regard. Additionally, I suggest to abrogate the protocols calling for interventions, and foremost to properly inform the parents of these children, because information is painfully lacking, that’s a fact.» 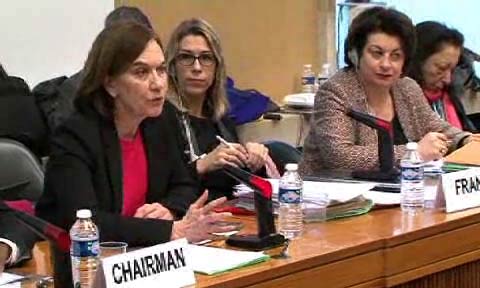 Thu 10:14h: Madame la Ministre Laurence Rossignol, Head of the Delegation, Minister of State for the Family, Elderly People and Adult Care, attached to the Minister of Social Affairs, Health and Women’s Rights, reiterated that exactly such questions would first have to be made the subject of lengthy “debate and reflection” before anything could be done:

«[inaudible] is precisely indicative of the terms of the debate and reflection we must have on this issue.»

After the session: Vincent Guillot reports having beeen approached by a delegation official in person and via email regarding the overdue answer to a letter sent to the ministry months ago, with assurances that an answer should be expected soon.

My 2 cents: Yet more years of endless “debates” with doctors, and even more “collective reflection” on an ongoing lawsuit concerning civil registration of an adult person as a pet project for “extremely committed” politicians and magistrates still evaluating which Ministry would actually be responsible for the eternally “new” issue – while at the same time the daily mutilations in French children’s clinics are permitted to continue unhindered – how typical is that?!
Fortunately, the Committee doesn’t seem to fall for such stalling and diversionary tactics. So we’re once more expecting particularly strong “Concluding Observations” – for France due on 29 January. To be continued …