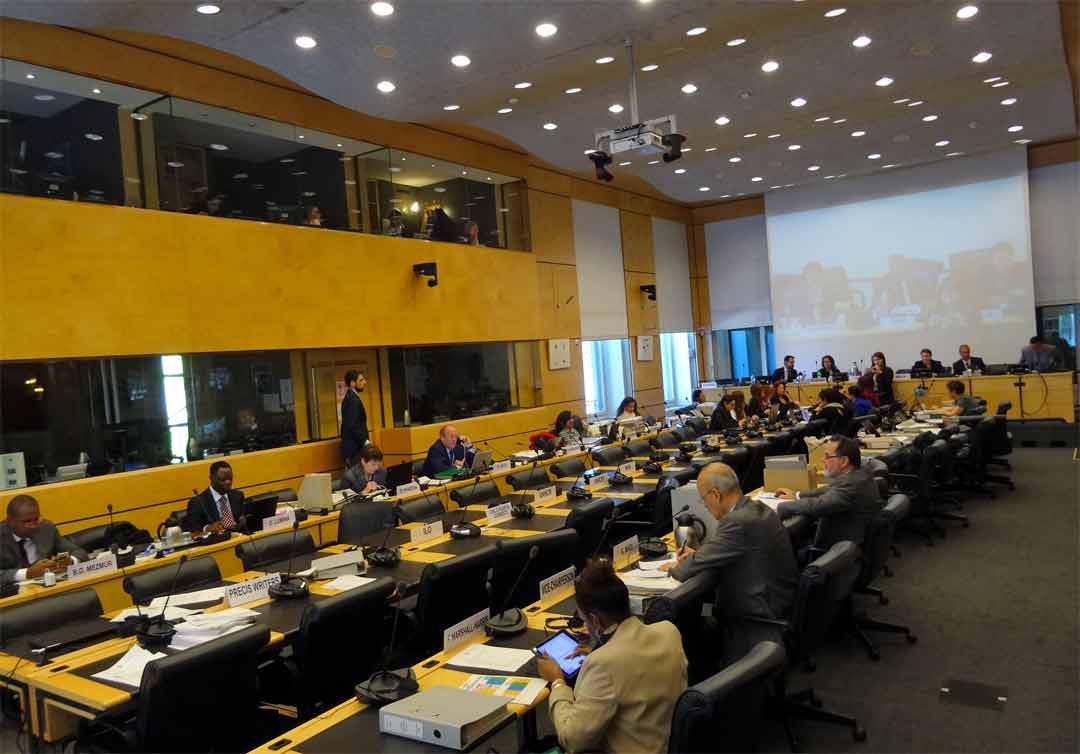 This week, the UN Committee on the Rights of the Child (CRC) is examining the human rights record of Malta during its 81st Session in Geneva, to be transmitted LIVE on webtv.un.org!

A thematic intersex NGO report by StopIGM.org highlights serious gaps and legal loopholes in Malta’s law concerning intersex children, and documents how Malta continues to promote and facilitate IGM practices, both domestically and overseas in contractual hospitals. >>> Article in the Times of Malta (15.05.2019)

StopIGM.org was reporting LIVE from Geneva, hoping the Committee will ask tough questions on IGM practices in Malta!

«In Malta, children have been a national priority for several decades as reflected in various laws including child-related provisions in the areas of education, social security, adoption, and crime victims. The Gender Identity, Gender Expression and Sex Characteristics Act, a law which the United Nations’ Free and Equal Campaign, and several human rights civil society organisations hailed as a legal benchmark for the rights of trans, gender variant and intersex persons, introduced a right to gender identity to adults and minors alike; as well as, a right to bodily integrity and physical autonomy, protecting minors against unwanted or unnecessary surgical intervention or other medical treatment on their sex characteristics.»

«I go to harmful practices. The reply states that there had been no reported cases of cruel, inhuman or degrading treatment including forced marriages and female genital mutilation. However, we were informed that a research had been undertaken at it shows that 50% of migrant girls mostly originating from FGM practising countries are at high risk of FGM. We are aware also of the positive measures taken in Malta but we would like to hear more about the effective prevention and protection measures.

And to address this positive and progressive legislation with regard to intersex children, I would like to express our concern that the implementation of the law, it’s a question, is really in accordance with the principles of the convention, for example is the best interest of the children, of the child considered in taking decisions with regard to changing the sex? We have been informed also that many non-urgent, irreversible, surgical and other procedures have been undertaken on intersex children before an age at which they are able to provide informed consent, so this could be regarded as unlawful. For small children these decisions are taken by parents and we heard that operations had been undertaken in breach of the law or abroad.

Are there such cases, are there cases prosecuted, are doctors sanctioned, medical doctors? Could you please inform us a little bit more on these issues. What are the measures taken by the Government to implement properly this progressive law in the interest of children? Thank you very much.»

16:37h (Video @ 01:38:59): Longwinded but weak “answer” on IGM by Head of Delegation Dr Marisa Scerri (Director General (Social Policy), Ministry for the Family, Children’s Rights and Social Solidarity (MFCS)), again refers to the GIGESC Law (which reportedly fails intersex children), and repeatedly digresses to discuss trans children, gender identity, etc. Claims no IGM procedures “in breach of the law” perpetrated neither domestically or aboad. admits no convictions yet for IGM.

«Another … another question was that concerning … the … intersex … and trans children. Well, as indicated in our opening speech Malta adopted the Gender Identity Gender Expression and Sex Characteristics Act in 2015. The bill towards this act was prepared by the Ministry for Social Dialogue, Consumer Affairs and Civil Liberties in consultation with the LGBTIQ Consultative Council, which is a body set up by Government and consisting of representatives of all LGBTIQ organisations. So, again, this goes to show that there is coordination both with volunteer organisations as well as with Civil Society organisations, so that we try to come up with the most effective policies and goals that actually address the realities on the ground.

The formulation of a law was intended to provide all citizens of Malta the right [to] gender identity and to protect all persons against breaches to their right to bodily integrity and physical autonomy. Specifically with regard to intersex persons the initial formulation was presented to the Minister for Health who is responsible to follow such cases, who confirmed that the aims of the bill was already the current practice in Malta. An agreement between the Ministry for Health and the Ministry for Social Dialogue, Consumer Affairs and Civil Liberties was therefore reached fairly quickly. The European Branch of the Organisation Intersex International was consulted prior to the presentation of the bill in Parliament. The bill reached its third and final reading on the 1st of April 2015 and passed with the support of all members of Parliament, nem con that is in unanimously.

In press statements issued on the day Transgender Europe called the law a historic breaktrough for the rights of trans and intersex persons in Malta and Europe. While Malta was also congratulated on this bill by OII Europe which stated that by making these procedures unlawful until the individual can provide informed consent, Malta is taking vital steps to ensure that the individual’s primary rights to self-determination, bodily integrity and personal dignity are respected. For the first time in history, intersex individuals will no longer be forced to endure arbitrary surgical sex assignment based on sociological factors. This NGO went on to encourage the Governments of other nations to look to Malta as an example of legislative good practice in this regard.

The latest amendment to the Gender Identity Gender Expression and Sex Characteristics Act effected during the implementation of the Council of Europe Istanbul Convention in Maltese law introduced fines and even prison terms for those in breach of the right to bodily integrity and physical autonomy. This to bring greater clarity to the framework for legal sanctions against all forms of genital mutilation including intersex genital mutilation and link it closer to framework that applies to female genital mutilation.

It is important to note that there were no cases of unnecessary medical or surgical interventions carried out locally on intersex minors or any such cases referred for intersex surgery abroad in breach of the law. Maltese law allows for both civil and criminal redress, however, to date no criminal convictions have been reported in this respect.

It’s also important to note that thanks to the promotions and efforts by Maltese Government vis-à-vis LGBTIQ issues parents are increasingly aware of variations in sex characteristics and therefore also increasingly prepared to deal with own intersex children. In a similar vain, trans children have changed gender in primary school education without incident, in line with the transgender variant and intersex students in schools policy.»

16:45h (Video @ 01:46:37): Delegation member Dr Karen Vincenti (Consultant Public Health Medicine, Department for Policy in Health, Office of the Chief Medical Officer, Ministry of Health) complements initial ”answer“ on IGM, again claims GIGESC Act has been “so far successful”, further referring to an “interministerial committee who will be following up the implementation […] currently being set up”, and again digresses to “transgender service”.

«[Head of Delegation:] I invite my colleague Dr Karen Vincenti to give us her views, her Ministry’s position regarding aspects of questions raised which concern the health dimension.»

«[Dr Karen Vincenti:] Thank you, Dr Scerri. Regarding the issue, regarding the intersex genital mutilation, I have nothing more, not much more to add, only that these cases, we moved away quite extensively from the usual medical model, and the transgender service was actually set up with very close consultation with Civil Society and also the clinicians and the patients themselves.

So basically it’s very, it was a new challenge which we understand has been so far, so far been successful that took into consideration all these needs. The, we have, due to our smallness and the small amount of cases, we have one paediatric endocrinologist who is responsible to follow these cases, and the formulation was, for the law, was carried out very closely with, with this expert and with all the experts concerned. There will be an interministerial committee who will be following up the implementation of the law more closely, and this is currently being set up.»

After the Session: Unsurprisingly, when we tried to talk to Delegation members to share our NGO report, one member openly admitted that [WARNING!!!] IGM 1 “hypospadias repair surgery” continues to be practiced also in Malta itself, “but that’s not intersex”.

So let’s hope the Committee will not have the wool pulled over its eyes – but will issue yet another strong reprimand for IGM, and the very first one to Malta, after the Session!