«Denmark plans to continue this practice of helping intersex children through genital surgery to overcome functional and practical difficulties, but surgery will always be based on a medical indication, and parents are always involved in the decision regarding the operation.»
— Danish UN Delegation, Geneva 15 June 2017 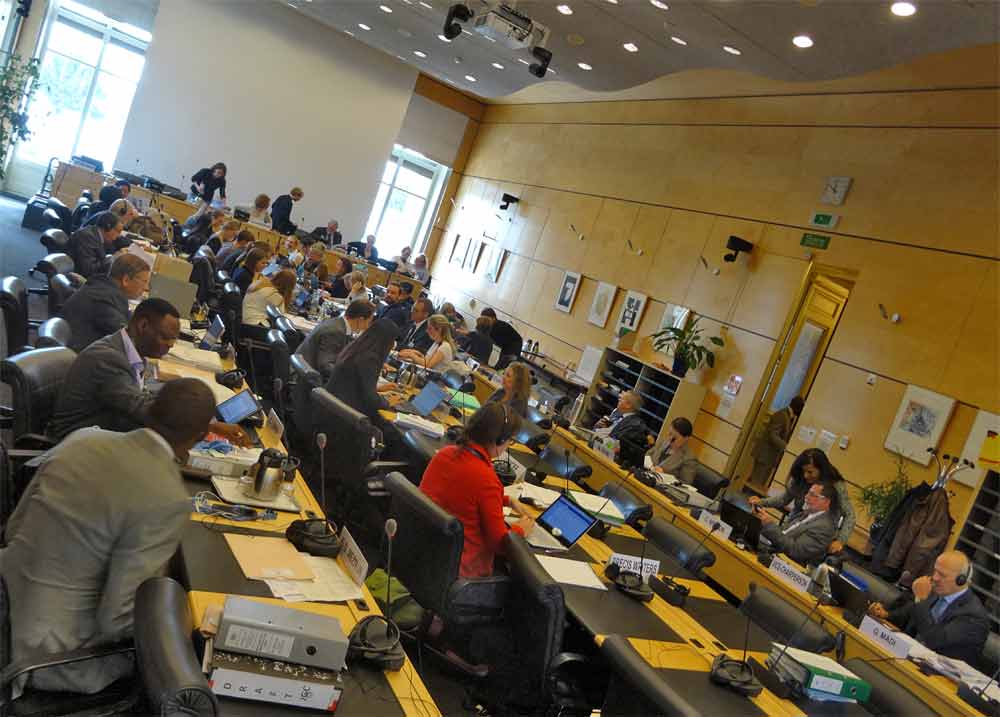 At the 76th Session of the UN Committee on the Rights of the Child (CRC), Denmark is questioned over Intersex Genital Mutilations, with hopefully tough questions on intersex and IGM on
Fri 15.09.2017 10-13h CET + 15-18h CET
>>> Archived VIDEOS: Session1 | Session 2

10:37h: (Video @ 38:20)YAY!! CRC expert and member of the Task force on Denmark, Ms. Mikiko Otani, raises harmful practices, mentions treatment of intersex children as a concern of the Committee, announces a collegue will ask a question later! 🙂

12:46h: (Video @ 2:47:15) YAY!! Committee expert and Task force coordinator, Mr. Hatem Kotrane, asks about treatments of intersex children which are nor medically necessary and irreversible. What measures are planned, also regarding access to redress for victims?

«Concerning the latter children [i.e. intersex children], they are treated shortly after birth to quote-unquote “normalise” their genital organs and to be able to attribute a sex to a child.

Treatments involve surgical or hormonal treatments. Necessary clinical tests are described in instructions to hospitals and the medical team is called upon to work very closely with parents to determine the sex of the child. However, the treatment as we know takes place without the consent of the child because the child is too young to express an opinion.

There is very little understanding or knowledge about the physical and psychological treatment over the long term of this kind of treatment as well as consequences when children are not treated because there is very little research carried out in this area. So the Danish practices doesn’t include any systematic follow-up on the children, their development, their well-being and effects of the treatment.

We’re worried also that the medical practice allows for treatments that are irreversible and which are not based on medical reasons Such practices might be disproportionate vis-à-vis the child and his or her right to physical integrity and to be heard in all matters that affect him or her.

So our question is: What measures have been considered by the government to deal with all of these difficulties and also to undertake investigations into incidents of medically unnecessary operations on intersex children without informed consent, as well as to adopt provisions in order to provide redress for children who are the victims of such treatment, including adequate compensation?»

16:56h: (Video @ 01:56:30) An undisclosed Delegation member (non-)answers on surgical and other procedures on intersex children on behalf of the Ministry of Health, issuing another full denial: While claiming there are no exact records on surgical treatments of children with D$D, allegedly only 1 child per year is born with ambiguous genitalia in Denmark, however for these these “extremely rare cases” there are no less than 3 specialised hospitals …. Parents are allegedly “extensively” informed before “consenting” to surgery, which is is allegedly never solely cosmetic, but always medically indicated. “Denmark intends to continue this practice.” (The question about measures to ensure access to redress for IGM survivors was simply ignored.)

«I will move on to an entirely different question, the question from earlier this morning on surgical and other procedures on intersex children before they are at an age where they’re able to provide informed consent.

In Denmark there is no exact record of the number of children who have been treated for DSD, Disorders of Sex Development, as DSD can cover up to 50 different diagnoses. In Denmark it’s forbidden for doctors to make irreversible interventions on children if there is no informed consent from the parents. The parents therefore receive extensive information and are always involved in the decision regarding the operation.

Approximately one child each year is born with ambiguous genitalia in Denmark. In this extremely rare case where there is doubt about the sex of the child a paediatrician will carry out further examination including diagnostic imagening and chromosome analysis. The determination of the sex of the child is carried out in close dialogue with the parents of the child and will be based on the needs of the child. Interventions are never done solely for cosmetic reasons but are always performed on a medical indication. Surgical intervention on the sex characteristics is not performed on infants in Denmark.

Denmark plans to continue this practice of helping children through surgery to overcome functional and practical difficulties, but surgery will always be based on a medical indication. Dissemination and treatment of DSD conditions are centralised in three highly specialised departments at three different hospitals to ensure that children and adults with DSD receive the best possible support and treatment.»

17:57h: Session closed. Due to time constraints there were no follow-up questions on intersex.

«Denmark plans to continue this practice of HARMING intersex children through genital MUTILATION to overcome PREVIOUSLY NON-EXISTING functional and practical difficulties, but surgery will always be based on a BOGUS medical indication, and parents are always LIED TO in the decision regarding the operation.»
There, Danish UN Delegation, fixed that for ya!